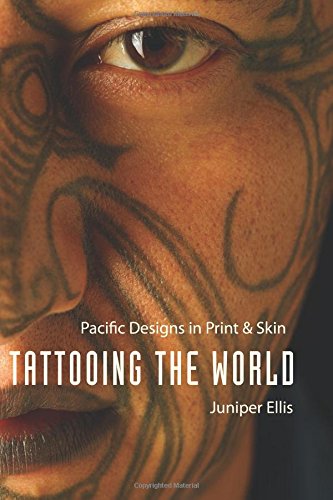 Tattooing the World: Pacific Designs in Print and Skin

About Tattooing The World: Pacific Designs In Print And

In the 1830s an Irishman named James F. O'Connell acquired a full-body tattoo while living as a castaway in the Pacific. The tattoo featured traditional patterns that, to native Pohnpeians, defined O'Connell's life; they made him wholly human. Yet upon traveling to New York, these markings singled him out as a freak. His tattoos frightened women and children, and ministers warned their congregations that viewing O'Connell's markings would cause the ink to transfer to the skin of their unborn children. In many ways, O'Connell's story exemplifies the unique history of the modern tattoo, which began in the Pacific and then spread throughout the world. No matter what form it has taken, the tattoo has always embodied social standing, aesthetics, ethics, culture, gender, and sexuality. Tattoos are personal and corporate, private and public. They mark the profane and the sacred, the extravagant and the essential, the playful and the political. From the Pacific islands to the world at large, tattoos are a symbolic and often provocative form of expression and communication.Tattooing the World is the first book on tattoo literature and culture. Juniper Ellis traces the origins and significance of modern tattoo in the works of nineteenth- and twentieth-century artists, travelers, missionaries, scientists, and such writers as Herman Melville, Margaret Mead, Albert Wendt, and Sia Figiel. Traditional Pacific tattoo patterns are formed using an array of well-defined motifs. They place the individual in a particular community and often convey genealogy and ideas of the sacred. However, outside of the Pacific, those who wear and view tattoos determine their meaning and interpret their design differently. Reading indigenous historiography alongside Western travelogue and other writings, Ellis paints a surprising portrait of how culture has been etched both on the human form and on a body of literature.

The Craft Of Tattooing

Bodies Of Subversion: A Secret History Of Women An...

₱ 654.00
Pre-order Item
I confirm to purchase this pre-order item.
Other Choices
Return Policy
For more details please visit our page about Cancellations, Returns, and Refunds