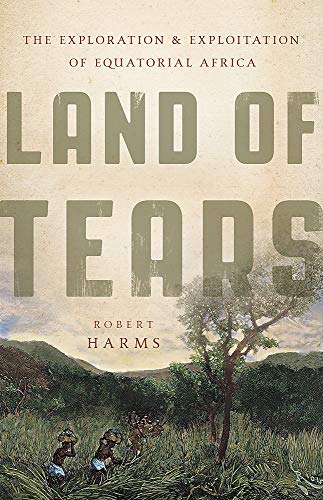 Land of Tears: The Exploration and Exploitation of Equatorial Africa

About Land Of Tears: The Exploration And Exploitation

Product description A prizewinning historian's epic account of the scramble to control equatorial Africa In just three decades at the end of the nineteenth century, the heart of Africa was utterly transformed. Virtually closed to outsiders for centuries, by the early 1900s the rainforest of the Congo River basin was one of the most brutally exploited places on earth. In Land of Tears, historian Robert Harms reconstructs the chaotic process by which this happened. Beginning in the 1870s, traders, explorers, and empire builders from Arabia, Europe, and America moved rapidly into the region, where they pioneered a deadly trade in ivory and rubber for Western markets and in enslaved labor for the Indian Ocean rim. Imperial conquest followed close behind. Ranging from remote African villages to European diplomatic meetings to Connecticut piano-key factories, Land of Tears reveals how equatorial Africa became fully, fatefully, and tragically enmeshed within our global world. Amazon.com Review Colorful characters Henry Morton Stanley, Tippu Tip, King Leopold II of Belgium, the sultan of Zanzibar, and Pierre Savorgnan de Brazza are among those in Robert Harms’ gripping history of the exploration of the belt of Africa in the 1880s. They are also culpable in the ravaging of its people. The surge in the ivory trade—connected with a popularity boom in pianos—decimated elephant herds even as ivory-hunting caravans killed or enslaved the people living in the once-remote interior. As demand pivoted from ivory to rubber, concession holders and investors took even more desperate measures to pull as much profit from equatorial Africa as they could before others moved in. Land of Tears takes first-person accounts from Western explorers, slave traders, and empire builders to show how global commerce and a temptingly unexploited land succumbed to intentions both good and bad. This slice of our past may sound depressing—and how greed or ego overthrow decency over and over again indeed is shocking—but there’s fascination as well in about how a desire in Connecticut for piano keys can lead to gun battles between Arab traders half the planet away. We might like to think that globalization is a modern syndrome, but Land of Tears proves that the scramble for profit at all costs has spanned the world for generations. —Adrian Liang, Amazon Book Review Review "In this unwaveringly detailed account of the colonization of central Africa, Robert Harms draws on four decades of scholarly expertise to write a history at once regional and truly global. A tale of soldiers, slave-traders, captives and kings, of principles betrayed and societies destroyed-for anyone interested in capitalism and empire, this book is as devastating as it is important."― Maya Jasanoff, author of The Dawn Watch: Joseph Conrad in a Global World " Land of Tears confirms that Robert Harms is African history's most thrilling narrator. The book is compulsively readable and dramatic history, as well as a critical intervention in the historiography of the Congo River basin at the turn of the twentieth century. In vivid prose, Harms demonstrates what the onset of European rule in Equatorial Africa meant then, and what it still means in our own calamitous era. He reads new archives in exciting ways and teases novel interpretations from classic texts. Land of Tears is engrossing, disturbing, revelatory, infuriating, and never, ever boring. It is history as it should be written and a worthy addition to an estimable scholar's oeuvre."― Daniel Magaziner, Yale University " Land of Tears provides a vivid account of the period before the 'Scramble for Africa,' when European explorers frantically created beachheads for imperial expansion and the carving up of equatorial Africa. In this major contribution, Robert Harms reveals the intertwined interests of global trading networks that plundered and wreaked havoc in the Congo Basin." ― Ch. Didier Gondola, author of The History of the Congo " Land of Tears is a brilliant and beautifully written book on a crucial moment in the colonial history of Central Africa. Robert Harms reveals the global and local contexts of the complex transformations of African societies in the last decades of the nineteenth century, with a special focus on the rainforest ecosystem and the strong local African resistance. An erudite, balanced, and timely book, and an engaging read."― Frits Andersen, Aarhus University About the Author Robert Harms is Henry J. Heinz Professor of History and African Studies at Yale University. He is the author of several books on African history, including The Diligent, winner of the Mark Lynton History Prize, the Frederick Douglass Prize, and the J. Russell Major Prize. He lives in Guilford, Connecticut.

The Audacity Of Hope: Thoughts On Reclaiming The A...

Death Of Innocence: The Story Of The Hate Crime Th...

The Immortal Life Of Henrietta Lacks

Not A Game: The Incredible Rise And Unthinkable Fa...

Before
₱ 1,582.00
Pre-order Item
I confirm to purchase this pre-order item.
Other Choices
Return Policy
For more details please visit our page about Cancellations, Returns, and Refunds