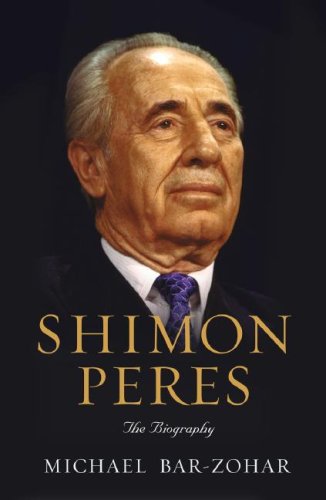 About Shimon Peres: The Biography

Twice Israel’s prime minister, winner of the Nobel Peace Prize, bold leader in a war-torn region, Shimon Peres is one of the great statesmen of the modern world. Peres is also a fascinating, complex man–a brilliant intellectual who is entirely at home in the corridors of power; an individual revered by the world and yet highly controversial in his own country; at once a hero and a figure of tragedy. Now, in this definitive biography, Michael Bar-Zohar takes the full measure of a towering, enigmatic leader.Drawing on his decades-long association with Peres, as well as the full cooperation of the leader’s family, friends, supporters, and political rivals, Bar-Zohar has crafted a vibrant, daring, richly textured portrait of a man whose life and career span the entire history of Israel. Born in Poland in 1923, Peres emigrated to the Holy Land at the age of twelve, already a fiercely idealistic Zionist. Peres joined a kibbutz and, while still in his teens, became the leader of a major youth movement. When the struggle for Israeli independence broke out, future prime minister David Ben-Gurion tapped him to join his inner circle. As director general of the Defense Ministry under Ben-Gurion, Peres spearheaded a far-reaching campaign to turn Israel into a major military power. He jump-started Israel’s aircraft industry, forged a secret alliance with France, and successfully pursued his dream of making Israel a nuclear power. And yet Peres’s real triumph came not as a man of war but as a peacemaker. Elected prime minister in 1984, Peres brought new hope by pulling Israeli troops out of the quagmire in Lebanon, defusing tensions with Jordan, and, at the risk of his own political future, making serious overtures to the Palestinians. Peres and his longtime rival Yitzhak Rabin together secured the top-secret Oslo Accords of 1993, which won them and Yasser Arafat the Nobel Peace Prize–only to see the hope of peace shattered in a resurgence of regional violence.In a half-century of leadership, Peres has worked beside–or fought against–such giants as Moshe Dayan, Golda Meir, Menachem Begin, Ariel Sharon, and, tragically, Rabin, who was slain at the rally that marked his reconciliation with Peres. Still powerful in his eighties, Peres stands as a true hero, a visionary who embodies the history of his nation. In this stunning, courageously frank, and scrupulously factual biography, Michael Bar-Zohar gives an eminent man his due.

The Fall Of Constantinople: Being The Story Of The... 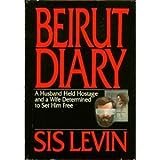 Beirut Diary: A Husband Held Hostage And A Wife De...

An Arab-Syrian Gentleman And Warrior In The Period...

Genghis Khan And The Making Of The Modern World

Between Two Worlds: Escape From Tyranny: Growing U...

Before
₱ 1,143.00
Pre-order Item
I confirm to purchase this pre-order item.
Other Choices
Return Policy
For more details please visit our page about Cancellations, Returns, and Refunds