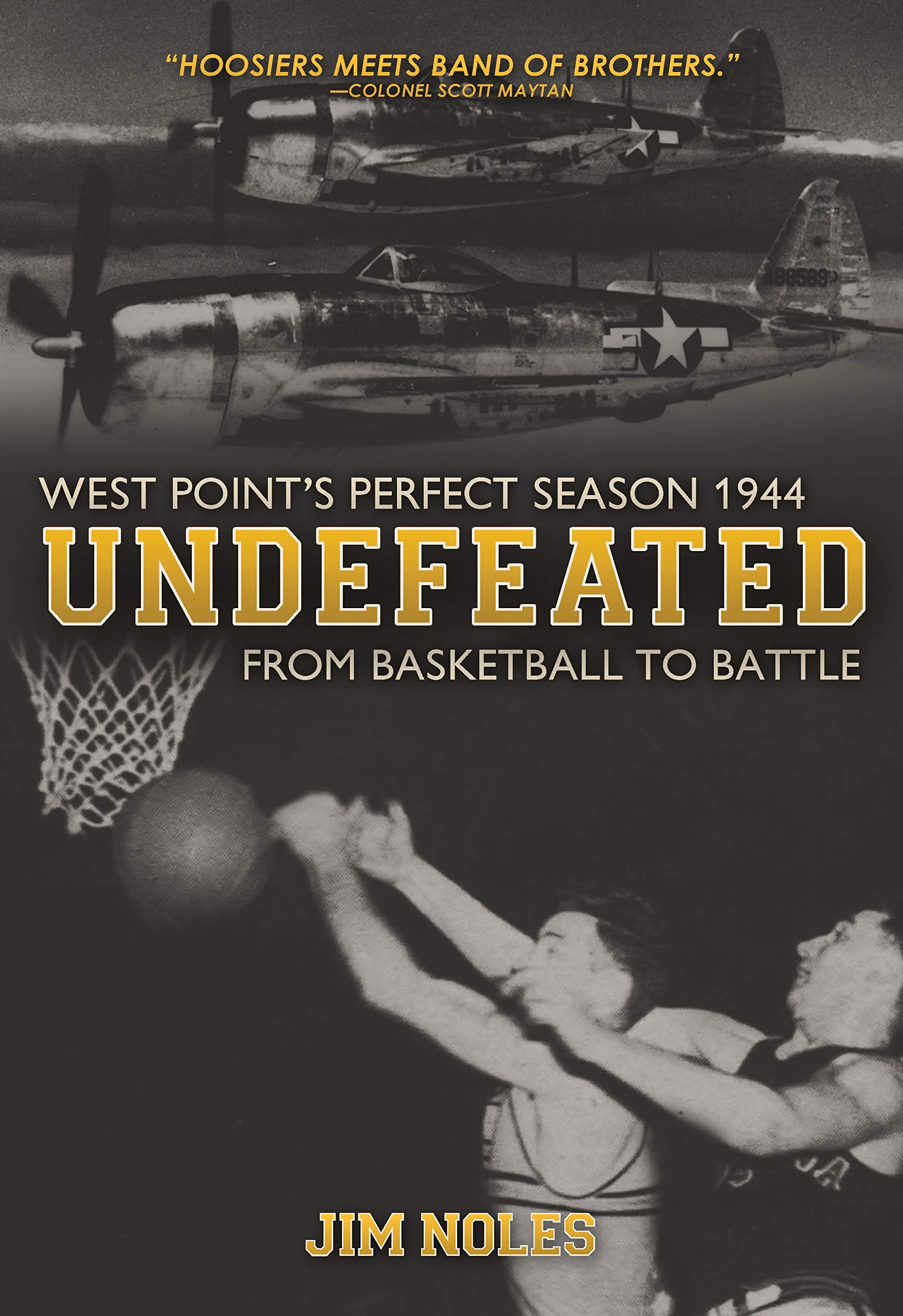 About Undefeated: From Basketball To Battle: West Point's

In 1943, the West Point basketball team, the Cadets, had only managed a 5-10 record, and for the 1944 season coach Ed Kelleher’s hopes in reversing Army’s fortunes rested on his five starters. They consisted of three seniors – team captain “Big Ed” Christl, John “Three Star” Hennessey, and class president Bobby Faas – and two juniors, Dale Hall and Doug Kenna. At the academy, Kelleher molded his cadets into a new kind of team, and, as the new season opened in January of 1944, Kelleher’s strategy paid handsome dividends. By the end of January, West Point was 6-0; by the end of February, the team boasted a 13-0 record. Of course, during those weeks, it only took a glance at the newspaper headlines to be reminded that there were far bigger contests than intercollegiate basketball afoot in the winter of 1944. The cadets would not be able to play in the NIT or NCAA national tournaments for a likely national championship. The world was at war, the U.S. Army needed its finest on the front line more than on the court, and the three seniors were soon destined for other battles. Hennessey endured weeks of front-line fighting, battling from the waist-deep snow of Alsatian forests to the bombed-out rubble of German cities. Christl, a fearless forward observer for his field artillery battalion, made it all the way to Austria, where he would lose his life in the final week of the war in Europe. Three months later, Faas was shot down over Japan and forced to bail out over the Pacific Ocean. Coach Kelleher would die overseas on his own special assignment with the Army.In the years that followed, the Army's basketball team would never again have a chance to play in the NCAA tournament and, in the modern era, few remember West Point's perfect 1944 season. Although West Point's home basketball court is named the Edward C. Christl Arena, and the National Invitational Tournament's trophy is named after his coach, Edward A. Kelleher, too few people fully appreciate why. B

Tsung Mi And The Sinification Of Buddhism (Kuroda ...

Fly Girls: How Five Daring Women Defied All Odds A...

Ivan Sergeevich Gagarin: The Search For Orthodox A...

Before
₱ 1,728.00
Pre-order Item
I confirm to purchase this pre-order item.
Big Discount!
This product, Undefeated: From Basketball to Battle: West Point's Perfect Season 1944, is currently discounted at 51% off! We don't know when it will go back to its original price so order now to secure it at this price! We'll make sure to order it immediately!
Other Choices
Return Policy
For more details please visit our page about Cancellations, Returns, and Refunds