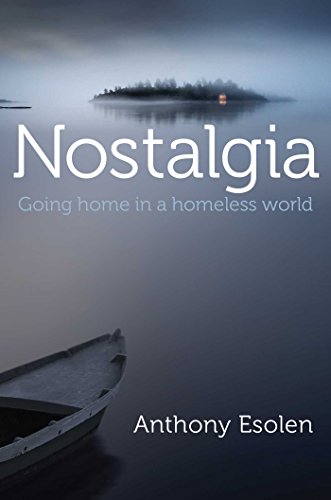 About Nostalgia: Going Home In A Homeless World

Alone among the creatures of the world, man suffers a pang both bitter and sweet. It is an ache for the homecoming. The Greeks called it nostalgia.  Post-modern man, homeless almost by definition, cannot understand nostalgia. If he is a progressive, dreaming of a utopia to come, he dismisses it contemptuously, eager to bury a past he despises. If he is a reactionary, he sentimentalizes it, dreaming of a lost golden age. In this profound reflection, Anthony Esolen explores the true meaning of nostalgia and its place in the human heart. Drawing on the great works of Western literature from the Odyssey to Flannery O'Connor, he traces the development of this fundamental longing from the pagan's desire for his earthly home, which most famously inspired Odysseys' heroic return to Ithaca, to its transformation under Christianity. The doctrine of the fall of man forestalls sentimental traditionalism by insisting that there has been no Eden since Eden. And the revelation of heaven as our true and final home, directing man's longing to the next world, paradoxically strengthens and ennobles the pilgrim's devotion to his home in this world. In our own day, Christian nostalgia stands in frank opposition to the secular usurpation of this longing. Looking for a city that does not exist, the progressive treats original sin, which afflicts everyone, as mere political error, which afflicts only his opponents. To him, history is a long tale of misery with nothing to teach us. Despising his fathers, he lives in a world without piety. Only the future, which no one can know, is real to him. It is an idol that justifies all manner of evil and folly. Nostalgia rightly understood is not an invitation to repeat the sins of the past or to repudiate what experience and reflection have taught us, but to hear the call of sanity and sweetness again. Perhaps we will shake our heads as if awaking from a bad and feverish dream and, co

'Return To Me': A Biblical Theology Of Repentance ...

Our Deepest Desires: How The Christian Story Fulfi...

The God Of The Witches

Men And Women Are From Eden

Beauty, Order, And Mystery: A Christian Vision Of ...

The Heart: An Analysis Of Human And Divine Affecta...

₱ 1,613.00
Pre-order Item
I confirm to purchase this pre-order item.
Other Choices
Return Policy
For more details please visit our page about Cancellations, Returns, and Refunds