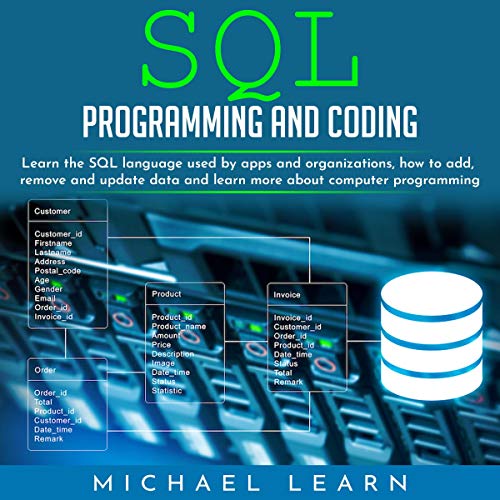 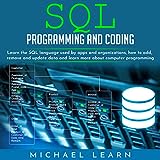 SQL Programming and Coding: Learn the SQL Language Used by Apps and Organizations, How to Add, Remove and Update Data and Learn More About Computer Programming

About SQL Programming And Coding: Learn The SQL

The truth is SQL stands for structured query language. Many people scoff dubiously when it is announced that SQL is, indeed, a programming language. When people think of programming languages, all that comes to their mind are C++, Python, Java, etc. People disregard SQL as a programming language because of its interface structure and limited functionality. However, they fail to understand that while C++ and Python are third level programming languages, and hence more developed, it doesn't change the fact that SQL falls under the umbrella of programming languages.  Yes, SQL is a programming language that is used for a wide range of activities such as querying, retrieving, and extracting data from relational databases. In addition to this, SQL also aids Microsoft in the definition and creation of structures based on relational databases such as tables and views.  The demand for this old, simple language is increasing rapidly because of its compatible nature. A person working on SQL can shift from one language from another, like Microsoft SQL, FoxPro, and My SQL. The demand for SQL is still high, as it caters to many fields such as database management and development. Moreover, it plays a fundamental role in activities such as creating reports, business and data analysis, and of course, computer programming. If you think SQL is a dying language, then reconsider. Here are a few reasons why it is not: Knowledge of SQL creates opportunities for diverse career options The corporate world is using SQL to keep track of their database, meaning having knowledge of SQL is a helpful trait when it comes to finding jobs Knowledge of SQL helps you understand the origins of programming languages and overall sense of computer programming SQL Programming and Coding is a guide to help you learn the SQL language used by apps and organizations and how to add, remove, and update data. The SQL langua

Before
₱ 2,855.00
Pre-order Item
I confirm to purchase this pre-order item.
Other Choices
Return Policy
For more details please visit our page about Cancellations, Returns, and Refunds