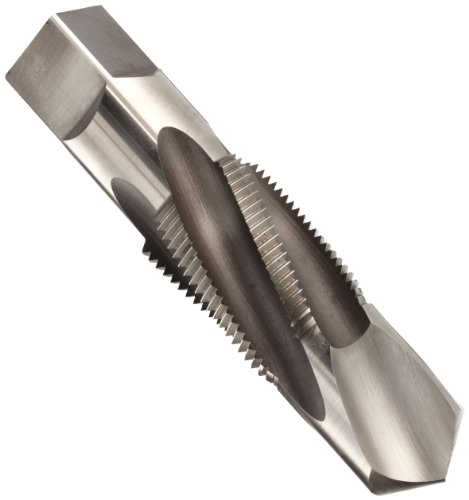 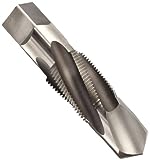 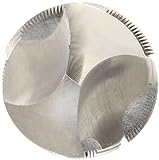 Galleon Product ID 10577765
Shipping Weight 0.35 lbs
I think this is wrong?
Model 0297261
Manufacturer Dormer
Shipping Dimension 4.41 x 1.1 x 0.98 inches
I think this is wrong?
See more product information!
-
Product is Out of Stock as of Apr, 21 2020
Want to monitor availability?
of brand new stock?
or
Need this item ASAP?
Check if this is available on Amazon
or available in other sites
Send us the link so we can buy for you

The Dormer E653 uncoated, high-speed steel spiral flute tap and drill combination has a round shank with a square end and a modified bottoming chamfer, and is used to drill holes and create NPT (National Pipe Taper) right-hand threads in a range of materials. The tool drills and threads holes in one operation. Its 27-degree spiral flutes pull chips back from the tip of the tool, up and out of the hole to prevent clogging, making it suitable for use in through holes (extending through the workpiece). The modified bottoming chamfer has additional length to reduce chip load, add tool life in difficult to machine materials, and permit higher tapping speeds. Right-hand threads are designed to tighten when a head or nut is rotated clockwise (the most common threading direction). High-speed steel (HSS) is a common general-purpose steel for cutting tools and is compatible with a variety of materials. With no coating or surface treatment, this uncoated tool can be used on a broad range of materials and provides an economical alternative to coated tools. The round shank with square end helps to minimize rotation in the tool holder. This tool can be used in machines, such as drill presses or lathes, or with hand tools such as tap wrenches. In the Dormer E653 series all tools have two flutes and modified bottoming chamfers. This tool conforms to ANSI standards and can drill and create threads to a depth one-and-a-half times its diameter. It is suitable for normal pipe thread tolerance. Combination drill and tap tools are designed to create holes and cut threads in one pass. Taps produce internal threads in previously formed holes and can be used in machines (such as drill presses) or with hand tools. Common types of taps include hand taps, spiral point taps, spiral flute taps, thread forming taps, and pipe taps. Hand taps (straight-flute taps) collect chips in the straight flutes of the tool; spiral point taps push chips through holes ahead of the tool; and spiral flute taps pull chips back from the tip of the tool, up and out the hole. Thread forming taps, also known as cold forming taps, press rather than cut to create threads in a drilled hole, and no chips are created. Pipe taps create threads in pipes and pipe fittings. Each thread type designates a thread profile and each type is identified with an abbreviation. In the U.S. and Canada, the Unified Thread Standard is the dominant thread type, including UNC (Unified Coarse), UNF (Unified Fine), and NPT (National Pipe Taper) threads, among others. Dormer Pramet manufactures cutting tools under the following brands: Precision Twist Drill, Dormer, Union Butterfield and Pramet. The company has locations around the world, and provides tools adhering to ANSI, NAS, and DIN standards. 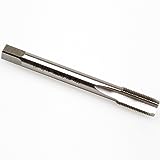 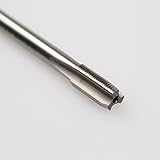 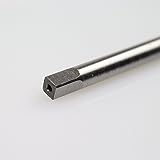 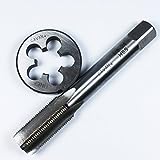 ₱ 400.00
Pre-order Item
I confirm to purchase this pre-order item.
Other Choices
Return Policy
For more details please visit our page about Cancellations, Returns, and Refunds