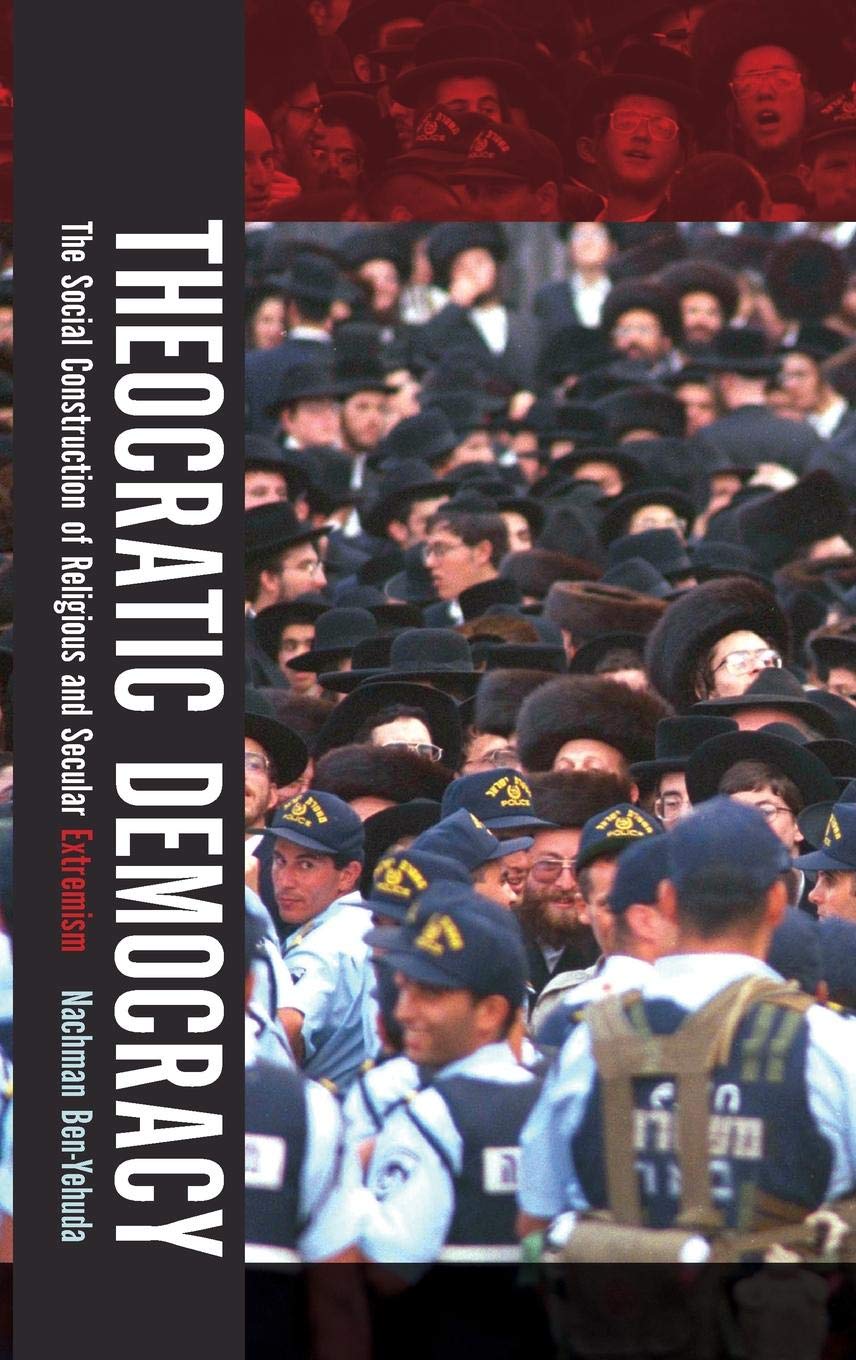 Theocratic Democracy: The Social Construction of Religious and Secular Extremism

About Theocratic Democracy: The Social Construction Of

The state of Israel was established in 1948 as a Jewish democracy, without a legal separation between religion and the state. Ever since, the tension between the two has been a central political, social, and moral issue in Israel, resulting in a cultural conflict between secular Jews and the fundamentalist, ultra-orthodox Haredi community. What is the nature of this cultural conflict and how is it managed? In Theocratic Democracy, Nachman Ben-Yehuda examines more than fifty years of media-reported unconventional and deviant behavior by members of the Haredi community. Ben-Yehuda finds not only that this behavior has happened increasingly often over the years, but also that its most salient feature is violence--a violence not random or precipitated by situational emotional rage, but planned and aimed to achieve political goals. Using verbal and non-verbal violence in the forms of curses, intimidation, threats, arson, stone-throwing, beatings, mass violations, and more, Haredi activists try to push Israel toward a more theocratic society. Driven by a theological notion that all Jews are mutually responsible and accountable to the Almighty, these activists believe that the sins of the few are paid for by the many. Making Israel a theocracy will, they believe, reduce the risk of transcendental penalties. Ben-Yehuda shows how the political structure that accommodates the strong theocratic and secular pressures Israel faces is effectively a theocratic democracy. Characterized by chronic negotiations, tensions, and accommodations, it is by nature an unstable structure. However, in his fascinating and lively account, Nachman Ben-Yehuda demonstrates how it allows citizens with different worldviews to live under one umbrella of a nation-state without tearing the social fabric apart.

₱ 2,188.00
Pre-order Item
I confirm to purchase this pre-order item.
Other Choices
Return Policy
For more details please visit our page about Cancellations, Returns, and Refunds