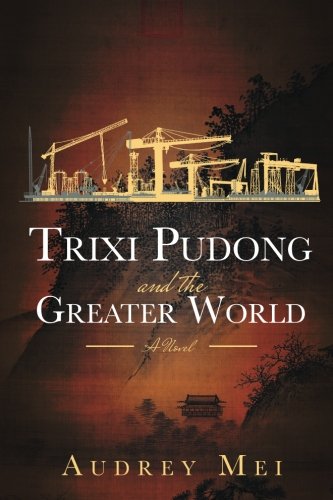 Trixi Pudong and the Greater World

About Trixi Pudong And The Greater World

Revolution rages in 20th-century China, a rusting container ship sails the world for two decades, and a tiny fairy is frustrated in a northern harbor town. "Trixi Pudong and the Greater World" is a family saga with a magical twist, spanning Shanghai's Golden Age to Hamburg, Germany, 2015. It is a tale of four generations of a Chinese family, torn between their deepest dreams and loyalties. Shanghai, 1938. The city is under Japanese occupation, civil war brews in China's interior. Edwin Kuo is eight years old, obsessed with the question "Why the difference?" between China and the Greater World, the world outside his country's borders. He ventures into the Greater World by working with the British Merchant Navy through WWII. In the 1960s, trapped behind the Chinese Communists' closed-door policies, he becomes a sea captain and sails on a decrepit container ship for twenty years with his sons, caught between the desire to defect from China and the hope of re-uniting with his wife and mother, missing since the Cultural Revolution. Edwin's aunt, Ahn Na, is a flamboyant socialite of 1940s Shanghai. She seeks diversion from her dull marriage through opium, nightclubs, and a mysterious red-haired Brit. Little Two is Edwin's younger son. At age 25 he has not stepped foot on land since he was a small child. He knows only the container ship and the sea but gives in to a burning curiosity one night, venturing onto foreign land, into a raucous German harbor town. In Hamburg 2015, the spirit of Ahn Na from Shanghai is now Tita Pasang, an overweight, anxiety-ridden fairy, working tirelessly to rescue her grand-niece – half-Chinese Trixi, the product of Little Two's brief land adventure – from a purposeless life of drug addiction. If only Trixi understood what it means to be her family's last hope...

The Rose And The Crane

Be Careful What You Wish For: A Novel (The Clifton...

Not The Duke's Darling: Includes A Bonus Novella (...

Before
₱ 617.00
Pre-order Item
I confirm to purchase this pre-order item.
Other Choices
Return Policy
For more details please visit our page about Cancellations, Returns, and Refunds