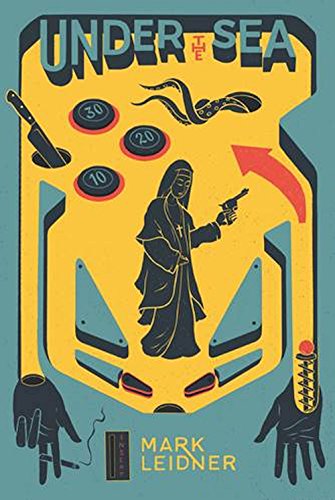 About Under The Sea

Product Description Under the Sea is Mark Leidner's debut story collection published by Tyrant Books in 2018 and named a best book of the year by Buzzfeed, Spinoff, and The New Statesman. In the gripping opener "Bad-Asses," a naive drug dealer's stash is stolen, leading her to unleash her inner bad-ass as she tries to recover it. In the bizarre and hilarious "21 Extremely Bad Breakups," each breakup is more absurd than the last: lovers get side-swiped by speeding busses, play paper-rock-scissors with each others lives, cause an asteroid to destroy the planet, and more. In "Under the Sea," a woman with one day to live has an affair with a loser she picks up at a video game arcade. In the unbelievably epic "Avern-Y6," a despondent insect gets shitfaced at the brink of a colony-wide civil war, only to learn he has an role to play in history after all. A social outcast going off on some teens in a bougie café, a depressed man in a physical fight with an interdimensional void, a middle-school student waxing memoiristic about heartbreak, a self-defeating academic sending a career-ending email - indelible characters are the heart of every story's wild ride in Under the Sea. Mark Leidner is a Georgia-born writer of books and films. He resides in Atlanta and is @markleidner on Twitter and Instagram. Review “From the mean streets to the moon, the maze of an ant colony to the maze of elementary school memory, Leidner’s adroitness at showing us who we are, as well as all the wrong mirrors we’ve gazed into, is nothing short of miraculous.” Kristen Iskandrian, author of Motherest -- Kristen Iskandrian “In a literary world of fictional same old same old, Mark Leidner is a real deal original. In Under the Sea, Leidner leads us through a world of stolen drugs, weird tales about characters named Tzara-9, modern sickness, break-ups and anti-break-ups. There’s only one thing you can say about a writer like this: He’s a total bad ass.“ – Scott McClanahan, author of The Sarah Book -- Scott McClanahan “Poetic and extraordinarily strange” -- Buzzfeed “Equal parts hilarity and horror… virtuosic.” -- New York Times About the Author Mark Leidner is a Georgia-born writer of books and films. He resides in Atlanta and is @markleidner on Twitter and Instagram.

Dance Of The Innocents: A Novel

Before
₱ 1,310.00
Pre-order Item
I confirm to purchase this pre-order item.
Other Choices
Return Policy
For more details please visit our page about Cancellations, Returns, and Refunds