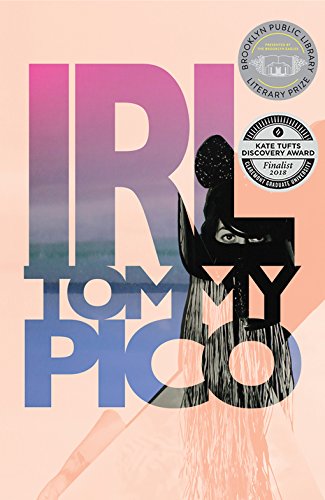 Poetry. Native American Studies. LGBT Studies. IRL is a sweaty, summertime poem composed like a long text message, rooted in the epic tradition of A.R. Ammons, ancient Kumeyaay Bird Songs, and Beyoncé's visual albums. It follows Teebs, a reservation-born, queer NDN weirdo, trying to figure out his impulses/desires/history in the midst of Brooklyn rooftops, privacy in the age of the Internet, street harassment, suicide, boys boys boys, literature, colonialism, religion, leaving one's 20s, and a love/hate relationship with English. He's plagued by an indecision, unsure of which obsessions, attractions, and impulses are essentially his, and which are the result of Christian conversion, hetero- patriarchal/colonialist white supremacy, homophobia, Bacardi, gummy candy, and not getting laid. IRL asks, what happens to a modern, queer indigenous person a few generations after his ancestors were alienated from their language, their religion, and their history? Teebs feels compelled towards "boys, burgers, booze," though he begins to suspect there is perhaps a more ancient goddess calling to him behind art, behind music, behind poetry. "Pico's brilliant, funny, and musical book-length debut...channel[s] a rush of Internet slang and emoticons, run-on ramblings and sentence fragments, and poppy lyrical bursts...Pico's skillful rendering of Teeb's coming-of-age attempts to create a cohesive identity out of his many selves proves to be entertaining, enlightening, and utterly relatable in the age of the smartphone."—Publishers Weekly Starred Review "Tommy Pico's epic poem is sad and funny and honest and wickedly clever with rhymes and rhythms. It is an utterly original aboriginal look at the world. I love it."—Sherman Alexie "On the narrowing frontier between song & speech, memory & oblivion, future & no future, Native & American, IRL is Heraclitan, a river of text and sweat, whipping worlds into the silence of white pages: a new masterpiece. And a new kind of masterpiece. It's a lyric epic of desire whose hero renounces heroism. & it's not he who voyages out in search of a world, but rather the devastated worlds in his own blood that seek him out, to mourn them. I said epic of desire and I meant it: desire of every kind, for the infinite & the proximate, the fucking trite & the tried-and- true— it's also a gorgeous monument, an act of memory for the future of all longing, for the fact of roots and the need for them, decolonizing poesis from the root without for one second the condescension of even the notion of safety. For the poem is also deeply canny, and weary; it knows 'There is no post-colonial / America' and yet— the poem keeps pushing out from under history, out beyond the poem's own billion negations, into a space both beyond identity and deep with it."—Ariana Reines

Where Water Comes Together With Other Water: Poems

Before
₱ 983.00
Pre-order Item
I confirm to purchase this pre-order item.
Other Choices
Return Policy
For more details please visit our page about Cancellations, Returns, and Refunds