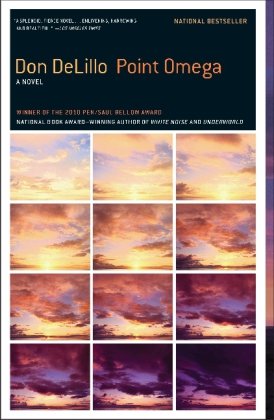 About Point Omega: A Novel

Product Description A brief, unnerving, and exceptionally hard-hitting novel about time and loss as only the bestselling and National Book Award-winning author of White Noise and Underworld can tell it. In this potent and beautiful novel, the writer The New York Times calls “prophetic about twenty-first-century America” looks into the mind and heart of a scholar who was recruited to help the military conceptualize the war. We see Richard Elster at the end of his service. He has retreated to the desert, in search of space and geologic time. There he is joined by a filmmaker and by Elster’s daughter Jessica—an “otherworldly” woman from New York. The three of them build an odd, tender intimacy, something like a family. Then a devastating event turns detachment into colossal grief, and it is a human mystery that haunts the landscape of desert and mind. Review “A splendid, fierce novel by a deep practitioner of the form…. Enlivening, challenging, harrowing and beautiful.”—Matthew Sharpe, Los Angeles Times "If Underworld was DeLillo’s extravagant funeral for the twentieth century, Point Omega is the farewell party for the last decade.... DeLillo has …. written the first important novel of the year."--Michael Miller, New York Observer “A novel of ideas — about how language, film and art alter what we think of as reality. It's for readers ready to slow down and savor the words. It's for those who would watch not just Psycho, but ponder the meanings of ‘24 Hour Psycho’.”—Bob Minzesheimer, USA Today “DeLillo is, without any doubt or qualification, one of the most influential, brilliant, gifted and insightful of American novelists. There are sentences in this book that are breathtaking.”—Geoff Pevere, Toronto Star “Haunting… DeLillo slows down the whole culture, all of our repertoire of artifacts, words, and gestures.”—Greil Marcus “DeLillo has achieved a precision and economy of language here that any writer would envy.”—David Ignatius, Washington Post Book World About the Author Don DeLillo is the author of seventeen novels including White Noise, Libra, Underworld, Falling Man, and Zero K. He has won the National Book Award, the PEN/Faulkner Award for Fiction, the PEN/Saul Bellow Award, the Jerusalem Prize for his complete body of work, and the William Dean Howells Medal from the American Academy of Arts and Letters. HIs story collection The Angel Esmeralda was a finalist for the Story Prize and the PEN/ Faulkner Award for Fiction. In 2013, DeLillo was awarded the Library of Congress Prize for American Fiction, and in 2015, the National Book Foundation awarded DeLillo its Medal for Distinguished Contribution to American Letters.

Such A Fun Age

Before
₱ 936.00
Pre-order Item
I confirm to purchase this pre-order item.
Other Choices
Return Policy
For more details please visit our page about Cancellations, Returns, and Refunds