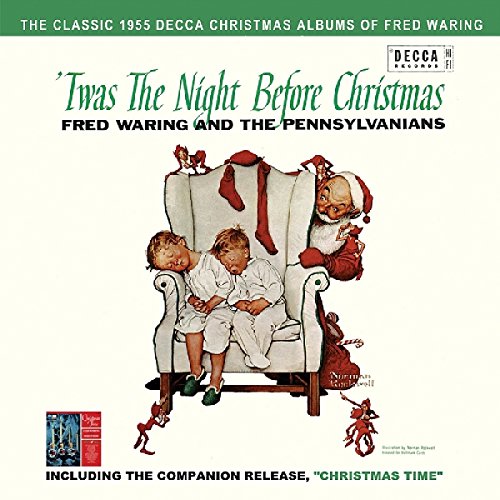 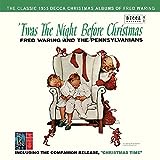 Twas the Night Before Christmas/Christmas Time

About Twas The Night Before Christmas/Christmas Time

If there was ever a pair of Christmas albums crying for the twofer treatment, it would be these two 1955 Decca-label albums from Fred Waring and his band, The Pennsylvanians. Waring doesn’t get his due these days, but the man was one of 20th century pop music’s foremost innovators; as Virginia Morley Waring wrote in her biography of her husband, "Fred Waring was the first to have a singing band, the first to use megaphones, to feature vocalists with an orchestra, to combine an orchestra with a glee club, to originate the show choir concept, to make a full length musical talking picture, and the first to present weekly musical spectaculars on television.” Top it off with the fact that he launched the careers of Robert Shaw and Harry Simeone—and still found time to invent the Waring blender!—and it’s no exaggeration to say that Fred Waring introduced the sound of a choir to pop music. That sound propelled many a pop hit, over 50 of ‘em, in fact, but his most enduring recordings just might be the two Christmas albums he put out in 1955, ‘Twas the Night Before Christmas and Christmas Time. Dubbed as “companion releases,” their repertoire had been polished and perfected by Waring and the Pennsylvanians for over a decade, as Waring had recorded Christmas music under both of those titles for the 78 rpm format in the early ‘40s, then as a 10-inch 33 1/3rd releases before re-recording and adding new songs in the mid-‘50s for these two full-length 12” releases. As befitting its classic Norman Rockwell cover art, ‘Twas the Night Before Christmas is the more spritely of the two, with some of the greatest renditions of “Jingle Bells,” “Rudolph, the Red-Nosed Reindeer,” and “Santa Claus Is Comin’ to Town” on record, but Christmas Time is every bit as beguiling; together they make an irresistible pairing. In fact, the Christmas music website The Yule Log ranks them as the #5 and #6 greatest Christmas albums of all time, but neither of them has appeared on CD before; for this most 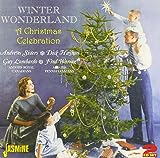 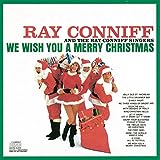 We Wish You A Merry Christmas

₱ 680.00
Pre-order Item
I confirm to purchase this pre-order item.
Other Choices
Return Policy
For more details please visit our page about Cancellations, Returns, and Refunds