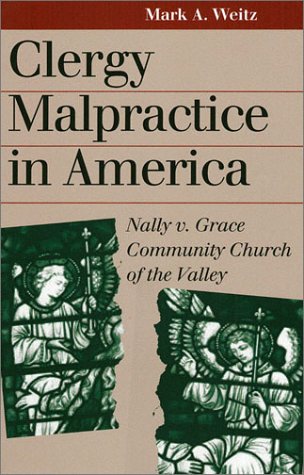 Product Description Can faith-based counselors be held to the same standard of legal accountability as secular ones? Or does the broad shield of religious freedom protect them absolutely, no matter how incompetent or negligent their actions might be? After Kenneth Nally put a shotgun to his head and pulled the trigger in early 1979, finding the right answers to those questions became both much more urgent and much more difficult. Mark Weitz shows why. Following his suicide, Nally's parents filed a wrongful death suit against their son's fundamentalist church, alleging that its pastoral counselors had failed to steer him toward the professional help they thought he needed and even dissuaded him from seeking secular help. The resulting legal case lasted nearly a decade, alarmed church leaders of every faith, and transformed judicial thought in this highly sensitive area of American life. Nally v. Grace Community Church of the Valley was the nation's first case to allege "clergy malpractice," one that challenged the freedom of religious leaders to counsel their parishioners. Initially dismissed on religious freedom grounds, the parents' suit was twice reinstated by an appeals court, only to be overturned by a unanimous vote by the California State Supreme Court in 1988. But that decision was made on very narrow grounds, leaving open the likelihood of future court challenges. As told by Weitz, the Nally case is as much a story of modern America as it is an account of courtroom proceedings. By examining both the rise of the fundamentalist movement in the Los Angeles area in the 1960s and 1970s and the social pressures with which Kenneth Nally struggled, he reveals how a culture based on personal achievement came into direct conflict with one based on the search for salvation. He also shows the difficulty of deciding a case in which the competing claims-religious freedom and professional accountability-both rest on key principles revered in American society. Based on interviews with participants on both sides of this drama, as well as extensive research in public records, Weitz provides a compassionate, fair-minded, and illuminating account of a very difficult case with unpredictable ramifications for the future. Review "Weitz’s ambition . . . as part of Kansas’s excellent Landmark Cases series, is to paint the broader background, telling the story behind an important case and filling in the details that are to often left aside. Drawing on interviews with the participants, Weitz tells a compelling story in a fair-minded way and deftly handles complex legal issues for a lay audience. He scrupulously refuses to take sides, but offers up to us, in the dilemmas of this particular case, the big questions that we face as a society."— Review of Politics "Adds significantly to our understanding of the constitutional arguments over the separation of church and state and the unique responsibility of faith-based counseling."—History: Reviews of New Books "Most important to note is the author's exceptionally well-balanced account of the lawsuit. Weitz does not take sides; there are no villains in this story. Rather, Weitz takes scrupulous care in presenting the issues as the participants saw them, writing with sympathy for the Nallys and respect for the religious principles of Grace Community Church and its leaders. . . . There are no villains in this book. Moreover, the protagonists and their causes are not without flaws. Ultimately, it is this aspect of the book that has led me seriously to consider adopting it for an undergraduate course. The suicide of Ken Nally will surely touch students. They are also likely to see the implications for counseling paraprofessionals—religious or secular—should the Nallys’ arguments have prevailed. Weitz raises tough questions with no easy answers. This makes for a good teaching vehicle."—Law and Politics Book Review"A fascinating and readable tale that should have broad appeal to lawyers, religious leaders,

Boy Meets Depression: Or Life Sucks And Then You L... 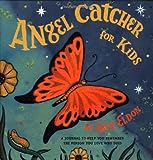 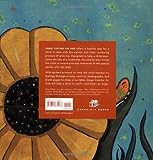 Angel Catcher For Kids: A Journal To Help You Reme...

All The Wrong Places: A Life Lost And Found

Before
₱ 1,916.00
Pre-order Item
I confirm to purchase this pre-order item.
Other Choices
Return Policy
For more details please visit our page about Cancellations, Returns, and Refunds