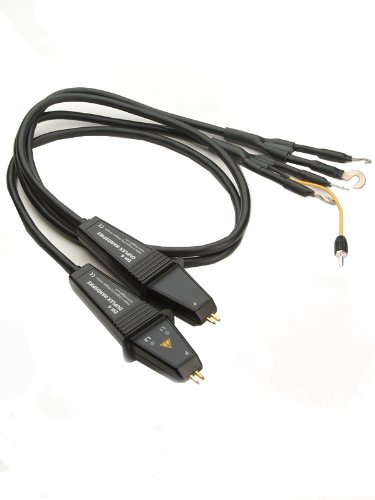 The Megger 6111 series two-piece duplex test lead set with spring-loaded duplex hand spikes is for use with Megger DLRO10HD, DLRO10, DLRO10X, and BT51 digital microhmmeters. These duplex test leads measure both current and resistance when taking four-wire resistance measurements, which are more accurate than two-wire resistance measurements and allow low resistance values to be detected. The spring-loaded hand spikes compress to make contact with a conductor. Light-emitting diodes (LEDs) on one probe confirm connection and the presence of live current when used with the Megger DLRO10 microhmmeter, and can indicate test pass/fail when used with the Megger DLRO10X microhmmeter. There is 0.23" (6 mm) between the current and potential probe tips on the duplex hand spikes. A test probe, test lead, test prod, or scope probe transmits an electrical signal to a testing device for display and analysis. Designs range from simple test leads with probe-style or clamp-on tips to more complex oscilloscope probes and current detectors. Some test probes, such as basic test leads, have wires with tips for connecting to test equipment. Other test probes, such as voltage detectors, are built into the meter. Depending on what is to be tested, the probe might either be passive or have active parts that require external power to operate. Some probes require contact for testing, while some are capable of taking measurements from a distance. Some also have finger barriers, insulation, or other features to help protect the operator's hand from electrical shock and burns. Test probes are rated according to the amount of voltage, current, temperature, or other input they can measure. When choosing a test probe, the maximum amount of input that the probe can measure should match or exceed both the maximum amount that can be tested by the test equipment, as well as that of the property expected to be present in the application. Megger manufactures equipment for cable fault locating, protective relay testing, telecommunications and data integrity, and power quality testing under multiple brand names, among them Megger, Biddle, States, and AVO. The company, founded in 1889, is headquartered in Dover, England, and meets International Organization for Standardization (ISO) 9001:2008 standards. 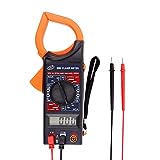 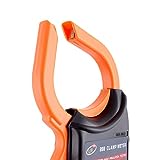 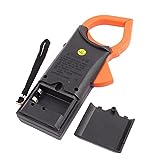 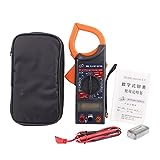 ₱ 2,233.00
Pre-order Item
I confirm to purchase this pre-order item.
Other Choices
Return Policy
For more details please visit our page about Cancellations, Returns, and Refunds