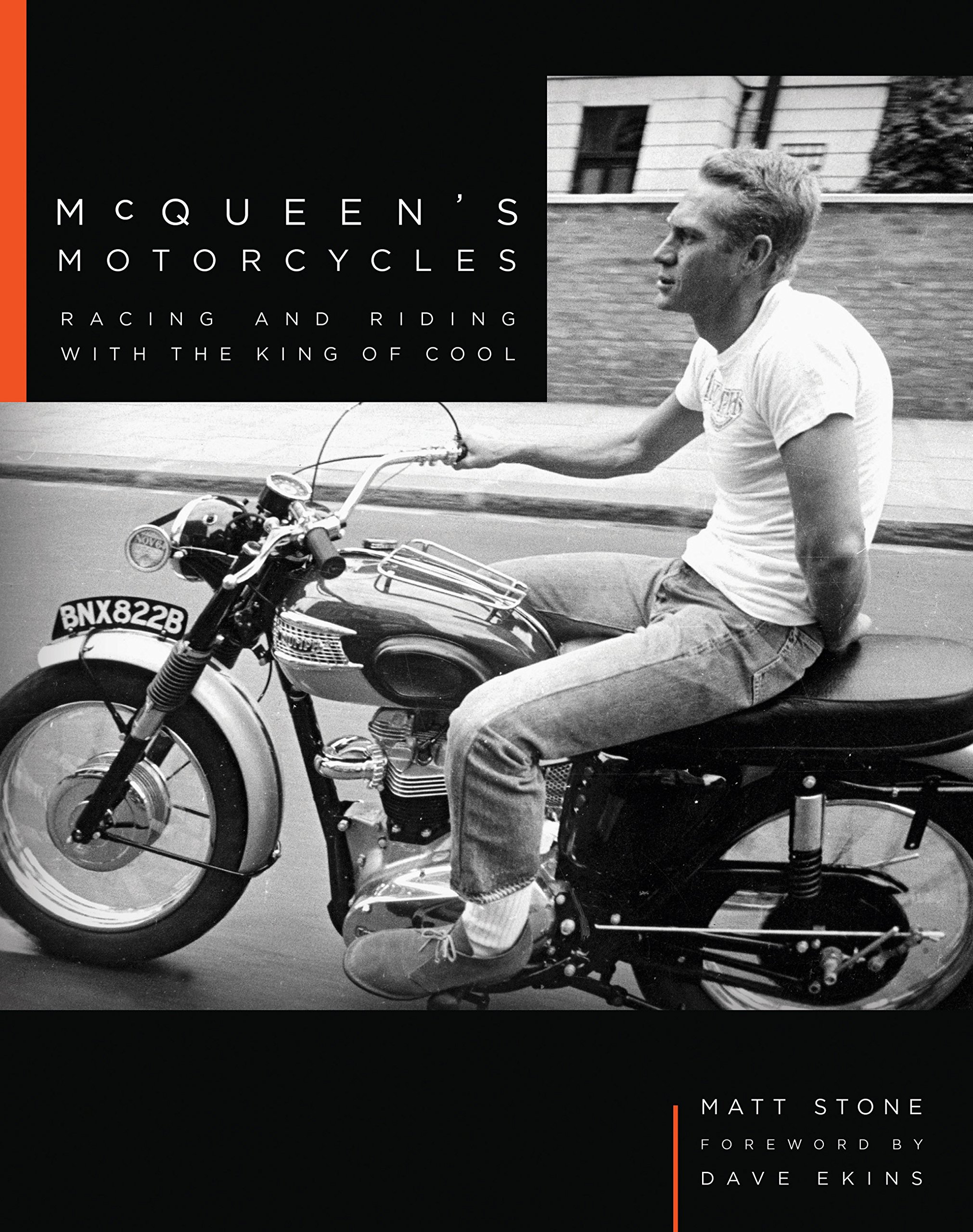 McQueen's Motorcycles: Racing and Riding with the King of Cool

The long-departed Steve McQueen is still the coolest man on two wheels. Get an intimate look at his coolest bikes right here, right now, in McQueen's Motorcycles.Even thirty years after his death, Steve McQueen remains a cultural icon. His image continues to appear in advertising and pop culture and his fan base spans from car lovers to racing enthusiasts to motorcycle obsessives. In his movies, McQueen's character always had an envy-inducing motorcycle or car, but in his personal life, motorcycles were always McQueen's first true love. McQueen's Motorcycles focuses on the bikes that the King of Cool raced and collected.From the first Harley McQueen bought when he was an acting student in New York to the Triumph "desert sleds" and Huskys he desert raced all over California, Mexico, and Nevada, McQueen was never without a stable of two wheelers. His need for speed propelled him from Hollywood into a number of top off-road motorcycle races, including the Baja 1000, Mint 400, Elsinore Grand Prix, and even as a member of the 1964 ISDT team in Europe. Determined to be ahead of the pack, McQueen maintained his body like it was a machine itself. He trained vigorously, weight lifting, running, and studying martial arts. Later in his life, as he backed away from Hollywood, his interests turned to antique bikes and he accumulated an extensive collection, including Harley-Davidson, Indian, Triumph, Brough Superior, Cyclone, BSA, and Ace motorcycles.Today, McQueen still has the Midas touch; anything that was in the man's possession is a hot commodity. McQueen's classic motorcycles sell for top dollar at auctions, always at a multiple of what the same bike is worth without the McQueen pedigree. McQueen's Motorcycles reveals these highly sought-aft