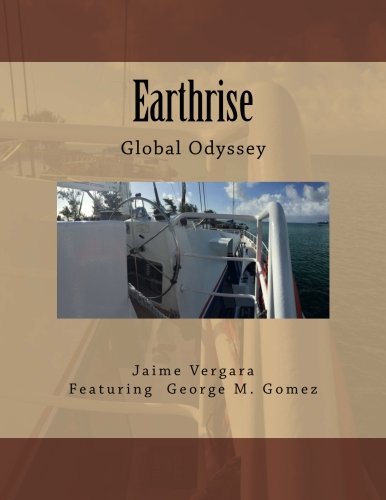 A Glocal Odyssey in Earthrise Pedagogy. A Reflections On Self, Society, and the Planet The word “global” sounded pretentious for though we traveled the world widely, calling it “global” made it sound like we knew the world that well. I was part of what I called, earthrise consciousness, where the perspective on the planet was looking at it inits wholeness, like the snapshot taken that gave rise to the earthrise icon,rather than the reflected-refracted sunrise-sunsetreduced to a reflection of our best image from the sun. The word “glocal” from the whole spectrum of global-local was born. Earthrise struck in the United States when I discovered that the Civil Rights measures of LBJ were intentions into a future rather than a done deal on the ground. I attended schools in Kentucky and Texas, resided in Chicago, crisscrossed the country, lived in the States of North Carolina and Virginia, where race seethed underneath and the issue was a constant nightmare. But I was naturalized as a United States citizen in 1984 when it was still possible to go from application to a passport in three weeks after swearing-in. I became familiar withthe Ecumenical Institute (EI) 1967-1986 that earned its sweat in a Human Development Project on the Westside of Chicago I visited the same year I met Mary Louise Brunkow of Glen Ellyn, Illinois. We married and joined EI in 1972 at the Manila Religious House. In almost a score, I lived all over the US, visited Korea, Japan, Hong Kong, its Territories, Tonga, Samoa, the Marshall islands, Canada from Quebec to Vancouver; had 6-wk long stays in Jamaica, Guatemala, Brazil, Chile, Peru, and Venezuela, touching airports in Argentina, Ecuador, and Columbia.Tasted curry in India’s Maharashtra, I ate crepes at Montmartre in Paris and pizzas outside the Vatican in Rome but my plans to head for Kolkata was derailed by diarrhea, and New Delhi ended up being just an airport stop. Ipeeked at Piccadilly before Nigeria where I got malaria in Ijede by Lagos,recu