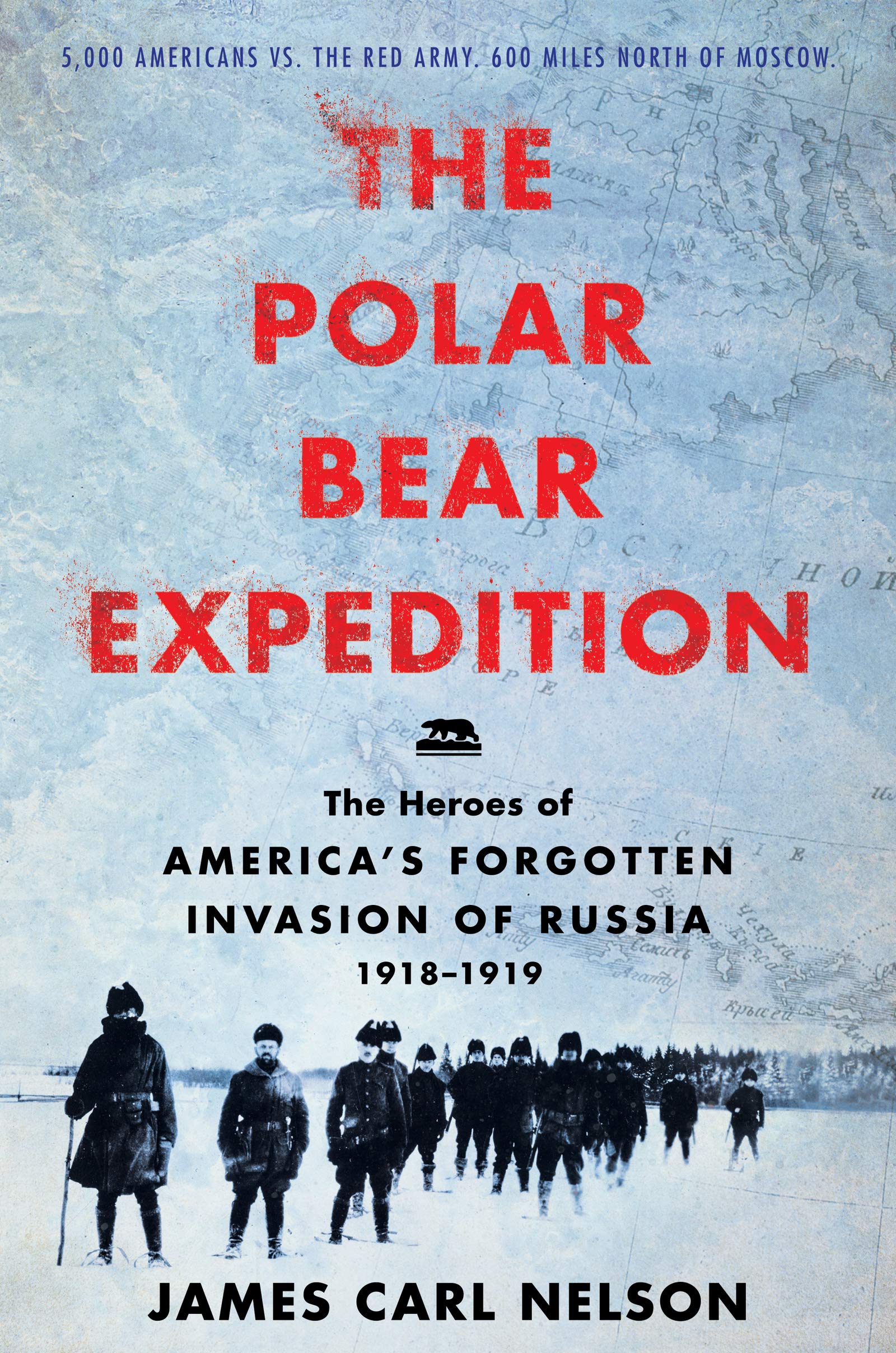 The Polar Bear Expedition: The Heroes of America's Forgotten Invasion of Russia, 1918-1919

In the brutally cold winter of 1919, 5,000 Americans battled the Red Army 600 miles north of Moscow. We have forgotten. Russia has not."AN EXCELLENT BOOK." —Wall Street Journal • "INCREDIBLE." — John U. Bacon • "EXCEPTIONAL.”  — Patrick K. O’Donnell • "A MASTER OF NARRATIVE HISTORY."  — Mitchell Yockelson • "GRIPPING." — Matthew J. Davenport • "FASCINATING, VIVID." — Minneapolis Star Tribune An unforgettable human drama deep with contemporary resonance, award-winning historian James Carl Nelson's The Polar Bear Expedition draws on an untapped trove of firsthand accounts to deliver a vivid, soldier's-eye view of an extraordinary lost chapter of American history—the Invasion of Russia one hundred years ago during the last days of the Great War.In the winter of 1919, 5,000 U.S. soldiers, nicknamed "The Polar Bears," found themselves hundreds of miles north of Moscow in desperate, bloody combat against the newly formed Soviet Union's Red Army. Temperatures plummeted to sixty below zero. Their guns and their flesh froze. The Bolsheviks, camouflaged in white, advanced in waves across the snow like ghosts.The Polar Bears, hailing largely from Michigan, heroically waged a courageous campaign in the brutal, frigid subarctic of northern Russia for almost a year. And yet they are all but unknown today. Indeed, during the Cold War, two U.S. presidents, Ronald Reagan and Richard Nixon, would assert that the American and the Russian people had never directly fought each other. They were spectacularly wrong, and so too is the nation's collective memory.It began in August 1918, during the last months of the First World War: the U.S. Army's 339th Infantry Regiment crossed the Arctic Circle; instead of the Western Front, these troops were sailing en route to Archangel, Russia, on the White Sea, to intervene in the Russian Civil War. The American Expeditionary Force, North Russia, had been sent to fight the Sovie