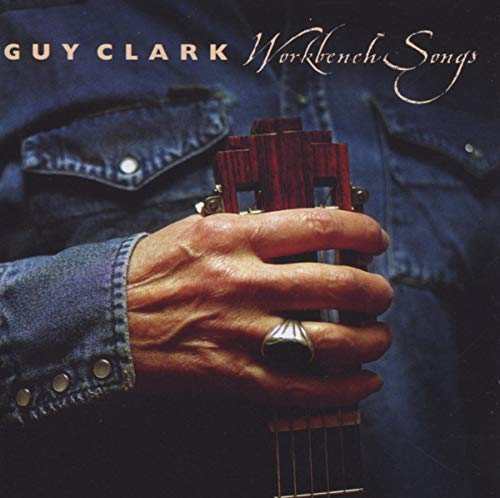 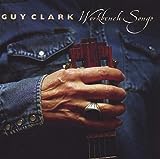 Product Description Workbench Songs, the new album from the lgendary Guy Clark is his tenth studio recording and a continuation in the evolution of his mastery of song and craft. The man who gave us "L.A. Freeway", "Desperados Waiting For A Train", "Old No.1", "That Old Time Feeling", and more, has delivered another song collection every bit as timeless as the best music of his career. Amazon.com The title of this album would seem a tad precious applied to the releases of the majority of Nashville musicians. But Guy Clark--song craftsman, guitar builder--has been doing such finely measured work for all of his storied career that "Workbench Songs" aptly sums up the pride and precision he brings to these 11 offerings. Joined by cowriters Darrell Scott, Rodney Crowell, Gary Nicholson, Lee Roy Parnell, and Verlon Thompson, Clark is at turns wry and poignant in chronicling human acts great and small. And, as usual with his albums, a number of these songs resonate long after first listen. "Walkin' Man," a Celtic-flavored demo recording which kicks off the set, pays homage to the pilgrims and searchers--Gandhi and Woody Guthrie--who had the courage to make their own path. "Out in the Parkin' Lot," the Darrell Scott collaboration which Clark recorded on 1997's live Keepers, has a more lived-in feel here, and better captures the novelistic scene of roadhouse rowdiness. ("Now there's a couple of cowpokes puttin' up their dukes / There wasn't much to it after both of 'em puked.") Clark knows how to deliver these gems with optimum emotional impact: His cover of Townes Van Zandt's aching "No Lonesome Tune" goes bone-deep despite its underplayed pathos, as does "The Randall Knife"-ish "Funny Bone," about a rodeo clown brought down by faithless love. But he's no less affecting on "Tornado Time in Texas," a jaunty country-blues tune spiked with a shuffle chorus ("Blow the tattoo off of your arm"), or on "Cinco De Mayo in Memphis," a wildly surrealistic snapshot of Mexican deckhands in the blue-suede-shoes territory of Graceland. Last year, the Americana Music Association honored Clark with its Lifetime Achievement Award for Songwriter. This album is further proof that he deserved it. --Alanna Nash Review "****" "4 stars" -- MOJO Magazine"A standard of excellence." -- Austin American Statesman New York Times"One of the best albums of his career." -- Austin American Statesman 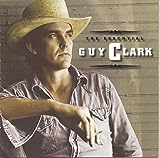 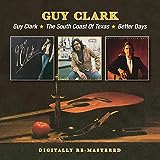 ₱ 1,357.00
Pre-order Item
I confirm to purchase this pre-order item.
Other Choices
Return Policy
For more details please visit our page about Cancellations, Returns, and Refunds