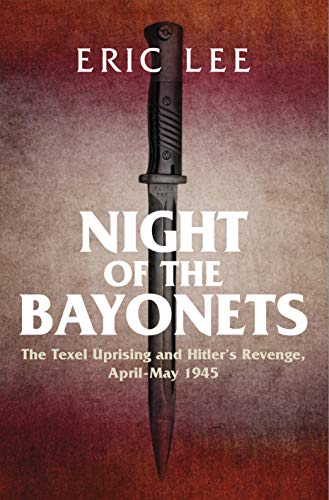 Night of the Bayonets: The Texel Uprising and Hitler's Revenge, April–May 1945

About Night Of The Bayonets: The Texel Uprising And

Product Description In the final days of World War II in Europe, Georgians serving in the Wehrmacht on Texel island off the Dutch coast rose up and slaughtered their German masters. Hitler ordered the island to be retaken and fighting continued for weeks, well after the war's end. The uprising had it origins in the bloody history of Georgia in the twentieth century, a history that saw the country move from German occupation, to three short years of independence, to Soviet rule after it was conquered by the Red Army in 1921. A bloody rebellion against the Soviets took place in 1924, but it remained under Russian Soviet rule. Thousands of Georgians served in the Soviet forces during World War II and among those who were captured, given the choice of “starve or fight”, some took up the German offer to don Wehrmacht uniforms. The loyalty of the Georgians was always in doubt, as Hitler himself suspected, and once deployed to the Netherlands, the Georgian soldiers made contact with the local Communist resistance. When the opportunity arose, the Georgians took the decision to rise up and slaughter the Germans, seizing control of the island. In just a few hours, they massacred some 400 German officers using knives and bayonets to avoid raising the alarm. An enraged Hitler learned about the mutiny and ordered the Germans to fight back, showing no mercy to either the Georgians or the Dutch civilians who hid them. It was not until 20 May, 12 days after the war had ended, that Canadian forces landed on the island and finally put an end to the slaughter. Eric Lee explores this fascinating but little known last battle of the Second World War: its origins, the incredible details of the battle and its ongoing legacy. Review "A fascinating account of the little-known final battle of World War II in Europe." The Bookseller "A spellbinding tale of those who paid the ultimate price for freedom." Damien Lewis, author of SAS Shadow Raiders "For such a minor episode in a worldwide war, the author has a great deal of interest to impart. Night of the Bayonets far transcends a simple description of the uprising itself. Lee places the mutiny within the context of what transpired before and after the battle on Texel. Indeed, that context, and the larger issues he raises—were the Georgians justified, for example, in rising at such a late date, when it cost so many innocent Dutch lives?—make this book all the more valuable. Who were these men? What did they do? Why did they do it? What were the consequences? The author answers all those questions in a clear, thought-provoking manner. Along the way, he transforms the book into something far more worthwhile than it might seem at first glance. And by the conclusion, it's a sure bet readers won't confuse Russians and Georgians. Recommended." Stone & Stone Second World War Books "A fascinating piece of history. Recommended." Howie's Corner About the Author Born in New York City, Eric Lee has been a social-democratic activist and historian for decades. He began his career working at the United Federation of Teachers and the Textile Workers Union of America, and he founded The New International Review, a quarterly journal of democratic socialist theory and analysis, in 1977. In 1981, Lee moved to Israel, living and working on Kibbutz Ein Dor, where he began programming, and lecturing at the Givat Haviva Centre. He published his first book, Saigon to Jerusalem: Conversations with Israel's Vietnam Veterans, in 1991. Since then, Lee has published on a number of different topics, including The Labour Movement and the Internet (1996) and The Experiment: Georgia's Forgotten Revolution in 2017. His most recent book is Operation Basalt: The British Raid on Sark and Hitler's Commando (The History Press).Lee is currently based in north London, working as an author, journalist and political activist.

Brightness Falls From The Air

Blood On The Hills: The Canadian Army In The Korea... 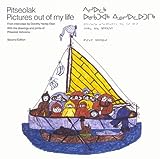 Pitseolak: Pictures Out Of My Life

₱ 8,529.00
Pre-order Item
I confirm to purchase this pre-order item.
Other Choices
Return Policy
For more details please visit our page about Cancellations, Returns, and Refunds