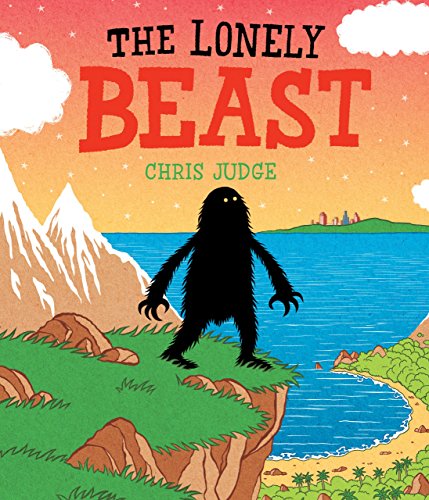 About The Lonely Beast

Product Description Have you heard of the Beasts? No? Well, I'm not surprised. Not many people have. That's because the Beasts are very rare. This is the tale of one Beast, the rarest of the rare, a Beast who decides he is lonely and sets out to find the other Beasts. Will his daring and dangerous journey lead him to some friends? Review "Like one of Sendak's wild things embarking on a journey of its own, the hairy monster in this boiled-down quest tale abruptly sets out for parts unknown. Being a featureless, tree-sized black silhouette with two yellow eyes, the solitary Beast looks menacing but leads a peaceable existence in a remote forest. Responding to a sudden yen for companionship, he departs one day on a long trek over land and under sea―arriving at last, after many adventures, in a city whose residents quickly get over their initial terror to make him welcome as a gardener in the local park. Being lonely still, he broadcasts public appeals in hopes of reaching others of his kind, then, when that gets no response, sets out again, retracing his original route. Using what looks like paint and cut-paper collage, Judge creates open settings in artfully contrasted colors and textures that give his central figure both a strong visual presence and an enigmatic air carrying hints of deeper meanings. Or maybe not: The Beast arrives back in his garden to find that other Beasts have gathered from all over the world to throw him a surprise party and to stick around forever after for nightly wild rumpuses. The story could use a little more internal logic, but Judge's art stands out." --Kirkus Reviews ― Journal "The eponymous beast is a walking silhouette, with two round, yellow dots for eyes as the only distinguishing feature in his otherwise shaggy, flat black form. Yearning for connection with his own kind ('they are so rare that there is only one Beast in each country... and they don't even know one another'), the Beast goes on a long and arduous quest, exhibiting a Keatonesque physicality and stoicism that's both poignant and funny. Arriving in a human city, he becomes a local favorite, a noted horticulturist, and even a media star ('He talked about his great journey to the city and his search for other Beasts'). Yet Beast can't shake that fish-out-of-water feeling―is sui generis really his destiny? Judge, an illustrator making his picture book debut, isn't entirely successful in keeping his deadpan, reportorial prose from feeling flat and literal, and the happy, Beast-filled ending feels too abrupt and pat. But the Beast has a shaggy charm, and his story could even stir up a discussion about the interplay between acceptance and tribalism." --Publishers Weekly ― Journal "'There is only one Beast in each country… and they don't even know one another.' A lonely Beast sets off to find someone like him. In a series of humorous episodes, he hitches a ride on a whale, beautifies a park, becomes a media darling, etc. This original story is paired with illustrations recalling a large-scale Sunday comic strip." --The Horn Book Guide ― Journal "Beast is a quiet creature who tends his own garden and likes to drink tea, read a good book, walk in the snow, stand in the rain, or bake cakes. He is very lonely. A series of images, dominated by the shaggy, yellow-eyed Beast, follows his quest through forest, mountains, rivers, cliffs, waterfalls, caves, and ocean depths to find others of his kind. Page layouts highlight the action with a variety of cell groups in a small series of adventures: four squares to a page, four columns to a page, two rows to a page, two columns, two rows, eight snapshots, or even telescoped speech bubbles. Doubling of the number of images creates a sense of urgency as he finally returns home to find other Beast friends. Color contrasts with the black silhouette of the Beast―bold colors backlight rural scenes and bright pastels in city images. A nonthreatening character despite his penetrating eyes, Beast 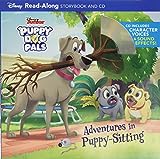 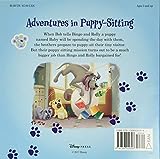 Power Of The Fire Dragon: A Branches Book (Dragon ...

Ten Apples Up On Top!

Before
₱ 1,638.00
Pre-order Item
I confirm to purchase this pre-order item.
Other Choices
Return Policy
For more details please visit our page about Cancellations, Returns, and Refunds