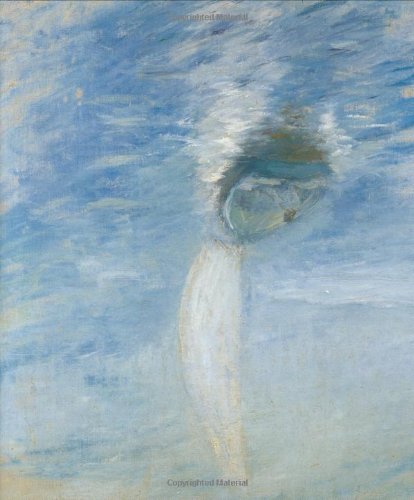 The Cos Cob Art Colony: Impressionists on the Connecticut Shore

See more product information!
-
Save 30%
Before
₱ 3,576
Price Tracker
*Used/Collectible item/s available. *Price and Stocks may change without prior notice
Pay with

About The Cos Cob Art Colony: Impressionists On The

Product Description What Argenteuil in the 1870s was to French Impressionists, Cos Cob between 1890 and 1920 was to American Impressionists Childe Hassam, Theodore Robinson, John Twachtman, J. Alden Weir, and their followers. These artists and writers came together to work in the modest Cos Cob section of Greenwich, Connecticut, testing new styles and new themes in the stimulating company of colleagues. This beautiful book is the first to examine the art colony at Cos Cob and the role it played in the development of American Impressionist art. During the art-colony period, says Susan Larkin, Greenwich was changing from a farming and fishing community to a prosperous suburb of New York. The artists who gathered in Cos Cob produced work that reflects the resulting tensions between tradition and modernity, nature and technology, and country and city. The artists' preferred subjectscolonial architecture, quiet landscapes, contemplative womenheld a complex significance for them, which Larkin explores. Drawing on maritime history, garden design, women's studies, and more, she places the art colony in its cultural and historical context and reveals unexpected depth in paintings of enormous popular appeal. From Publishers Weekly From the Van Gogh-like strokes of Childe Hassam to Elmer MacRae's near-cubist hollyhocks, The Cos Cob Art Colony: Impressions on the Connecticut Shore offers an in-depth look at a lesser-known American movement. Between 1890 and 1920, artists and writers settled in a coastal section of Greenwich called Cos Cob, as the town shifted from fishing and farming to New York bedroom community, often meeting at the Holley family boarding house on the harbor. An independent scholar and former Metropolitan Museum of Art research fellow, Susan G. Larkin (a longtime Greenwich resident) takes readers through a generous sampling of 78 color and 67 b&w reproductions of works that are currently hanging at the National Academy of Design in New York and will travel to Houston and Denver later this year. Copyright 2001 Cahners Business Information, Inc. From Library Journal Frank W. Benson (1862-1951), who had dreamed of being an ornithological illustrator while studying at the Boston Museum, where he later became a teacher and director, had a full, award-filled career as a portraitist and painter of plein-air canvases. However, at midlife he chose to change direction and combine his life as an artist with his other passions: wildlife and sporting. Bedford, Benson's biographer (Frank W. Benson: An American Impressionist. o.p.) and guest curator of the retrospective of Benson's work that resulted in Frank W. Benson: New England Impressionist (Peabody Essex Museum, 2000), focuses here on this later period of his work. She draws on family memories and photos, diaries, and letters to acquaint us with an artist of international renown, presenting a devoted family man, keen observer, and consummate sportsman. Benson's etching, lithography, watercolor, and oil illuminate his world through images of geese in flight, hunters and dogs, a lone fisherman, and misty lakes and landscapes. Bedford also includes a chronology of the artist. These two lushly illustrated works make good companions, showing the great talent of American impressionists from a similar period and style. Bedford's is recommended for extensive collections of American art; Larkin's unique study is recommended for all collections. Joseph Hewgley, Nashville P.L. Copyright 2001 Reed Business Information, Inc. Review "First book devoted to the art colony at Cos Cob and its role in the development of American Impressionist art." -- Bess Liebenson, New York Times Larkin. . . reveals unexpected depth in paintings that have long had great popular appeal. . . Well produced and moderately priced. -- Choice From the Publisher This generously illustrated book accompanies an exhibition that opens at the National Academy of Design in New York on 14 February 2001 an

Treasures Of The British Museum

Conservation And Restoration Of Ceramics (Conserva...

Before
₱ 2,655.00
Pre-order Item
I confirm to purchase this pre-order item.
Other Choices
Return Policy
For more details please visit our page about Cancellations, Returns, and Refunds