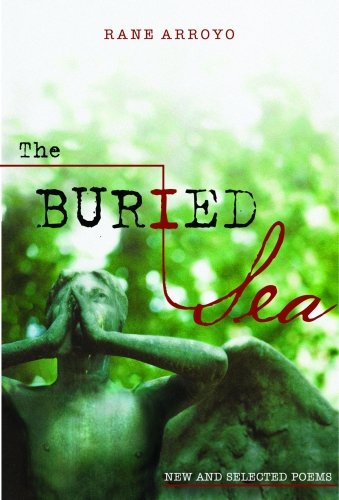 About The Buried Sea: New And Selected Poems

Product Description A poem is a living library, a hospitable planet in black space, a bell waiting to wear the music of motion across stilled lands. Writers are the carriers of the voices around us. We are writers and readers in dark times when words are correctly understood as powerful weapons. —From the Introduction Reading Rane Arroyo’s poems is a little like watching a movie playing at fastforward speed on the TV in your darkened bedroom. The colors pop and snap, the images leap and recede, the colors seem brighter than life—and you can’t stop watching even long enough to blink. It’s an intimate experience. Even at hyperspeed you can make out the images of friends, family, and lovers (especially lovers) burning rubber across the unblinking screen. And even without a sound track, you can hear the music—a symphony of jazz and samba, salsa and street sounds. In The Buried Sea, Arroyo has selected poems from his first eleven books—five full-length collections of poems and six chapbooks—and has added nineteen new poems. When asked to describe himself, Arroyo writes that “the answer is easy: I’m a Puerto Rican, gay, Midwestern, educated, former working class, liberal, atheistic, humanist, American, male, ex-Mormon, ex-Catholic, pseudo-Buddhist, teacher, reader, global, and popular culture—informed poet.” Readers will find traces of all of these selves in this collection. And Arroyo does make it “easy” to follow the clues. His poems—vivacious, sexy, shiny, sly, pointed, ambitious—are easy to approach and easy to love. But they come with strings attached—like all affairs of the heart—and therein lies so much of their pleasure. Review "Arroyo recreates an autobiographical trajectory with poems that are fresh, brief, direct. . . a good introduction to Arroyo's work that may entice readers to consult the full body of the works included." — Library Journal “His ability to make poems that draw the reader into universal experiences is not a common achievement but a masterful triumph few poets can claim.” — The Bloomsbury Review "In Rane Arroyo's poetry we hear echoes of Whitman, Lorca, Neruda. But more important, we hear Arroyo's own song of self rendered with a lyricism that belies its astonishing and redolent honesty.  The Buried Sea: New and Selected Poems is a powerful addition to the American literary landscape." —Connie May Fowler, author of  The Problem with Murmur Lee "Arroyo works in a Spanish language tradition of larger-than-life autobiographical verse." — Publishers Weekly "The harvests served upon these pages are skeleton keys unlocking the worlds we keep trapped in our rib cage... They hum, sing, and salsa across each deep-plowed page.... What gifts. Let us call "Junito" by his many names: Mapmaker, Merman, Motownito, locksmith, Baldwin, and Neruda's illegitimate son!" —Frank X. Walker, author of Black Box    About the Author Rane Arroyo's previous collections include The Singing Shark, which won the Carl Sandburg Poetry Award. He is Professor of Creative Writing at the University of Toledo.

₱ 1,156.00
Pre-order Item
I confirm to purchase this pre-order item.
Other Choices
Return Policy
For more details please visit our page about Cancellations, Returns, and Refunds