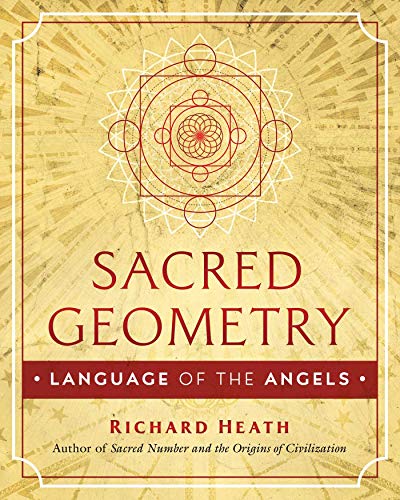 Sacred Geometry: Language of the Angels

About Sacred Geometry: Language Of The Angels

Product Description Reveals how the number science found in ancient sacred monuments reflects wisdom transmitted from the angelic orders • Explains how the angels transmitted megalithic science to early humans to further our conscious development • Decodes the angelic science hidden in a wide range of monuments, including Carnac in Brittany, the Great Pyramid in Egypt, early Christian pavements, the Hagia Sophia in Istanbul, Stonehenge in England, and the Kaaba in Mecca • Explores how the number science behind ancient monuments gave rise to religions and spiritual practices The angelic mind is founded on a deep understanding of number and the patterns they produce. These patterns provided a constructive framework for all manifested life on Earth. The beauty and elegance we see in sacred geometry and in structures built according to those proportions are the language of the angels still speaking to us. Examining the angelic science of number first manifested on Earth in the Stone Age, Richard Heath reveals how the resulting development of human consciousness was no accident: just as the angels helped create the Earth’s environment, humans were then evolved to make the planet self-aware. To develop human minds, the angels transmitted their own wisdom to humanity through a numerical astronomy that counted planetary and lunar time periods. Heath explores how this early humanity developed an expert understanding of sacred number through astronomical geometries, leading to the unified range of measures employed in their observatories and later in cosmological monuments such as the Giza Pyramids and Stonehenge. The ancient Near East transformed megalithic science into our own mathematics of notational arithmetic and trigonometry, further developing the human mind within the early civilizations. Heath decodes the angelic science hidden within a wide range of monuments and sites, including Carnac in Brittany, the Great Pyramid in Egypt, Teotihuacan in Mexico, early Christian pavements, the Hagia Sophia in Istanbul, and the Kaaba in Mecca. Exploring the techniques used to design these monuments, he explains how the number science behind them gave rise to ancient religions and spiritual practices. He also explores the importance of lunar astronomy, first in defining a world suitable for life and then in providing a subject accessible to pre-arithmetic humans, for whom the Moon was a constant companion. Review “Heath illuminates the cosmological ideas informing the teachings of John Bennett and George Gurdjieff. His book is a masterful insight into the origins of ancient wisdom, presented with impeccable analyses of megalithic and historical monuments. It gives a theory of angelic or higher intelligence based on astronomy, music, and number--reflecting the ‘deep thought’ operating at the start of human consciousness.” ― ANTHONY BLAKE, author of A Gymnasium of Beliefs in Higher Intelligence “In Sacred Geometry, Richard Heath proposes, based on his deep and comprehensive analysis of primary sacred sites, that numbers and geometries are the primary medium for divine creation. He proves these sites were built based on specific numbers and geometrical patterns that correspond with the musical octaves. Heath concludes angels inspired these sites to advance evolution on Earth, a very radical idea. If this is true, then angelic science guided the numeric order built into Earth’s design and it’s unfolding in time. I think he’s right. Sacred Geometry is a deep and sustained meditation with the mind of Gaia--brilliant!” ― BARBARA HAND CLOW, author of Awakening the Planetary Mind “Richard Heath has deeply studied the astonishing harmonic insights possessed by the creators of ancient stone structures. He translates for us the sacred languages of number, tone, and geometry that they embodied in stone as expressions of and homage to the cosmic order found in the sky.” ― JOHN OSCAR LIEBEN, author of Sacred Geometry for Artists, Dreamers, a 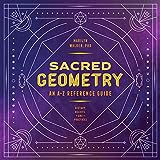 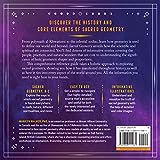 Before
₱ 924.00
Pre-order Item
I confirm to purchase this pre-order item.
Other Choices
Return Policy
For more details please visit our page about Cancellations, Returns, and Refunds