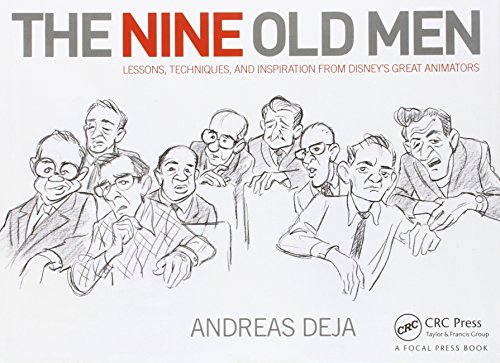 About The Nine Old Men: Lessons, Techniques, And

Product Description Learn from the men who changed animation forever Walt Disney’s team of core animators, who he affectionately called his "Nine Old Men," were known for creating Disney’s most famous works, as well as refining the 12 basic principles of animation. Follow master animator and Disney legend Andreas Deja as he takes you through the minds and works of these notable animators. An apprentice to the Nine Old Men himself, Deja gives special attention to each animator and provides a thoughtful analysis on their techniques that include figure drawing, acting, story structure, and execution. The in-depth analysis of each animator’s work will allow you to refine your approach to character animation. Rare sequential drawings from the Disney archives also give you unprecedented access and insight into the most creative minds that changed the course of animation. Instruction and analysis on the works of each of the Nine Old Men broaden your creative choices and approaches to character animation Original drawings, some never-before-seen by the public are explored in depth, giving you behind-the-scenes access into Disney animation history Gain first-hand insight into the foundation of timeless characters and scenes from some of Disney’s most memorable feature and short films About the Author Andreas Deja was ten years old when he first applied for a job as a Disney animator. The Walt Disney Studios wrote back to Deja telling him that they had no openings, but were always on the lookout for new talent. At the age of 20, he applied again and was accepted. This launched a long and successful career with Disney. Deja has left his mark on some of the most memorable and successful Disney animated features and shorts. His early work includes animation and character design for The Great Mouse Detective, Oliver & Company, and Who Framed Roger Rabbit. In addition, he is known for his animation of some of Disney’s most evil villains: Gaston, Jafar, and Scar. The list of memorable characters continues with King Triton, Mickey Mouse, Hercules, Lilo, Goofy, Tigger, Mama Odie, and Juju. In 2006, at the 35th Annie Awards, Deja was awarded the Winsor McCay Award for outstanding contribution to the art of animation. In 2015, he was named a Disney Legend by the Walt Disney Company. Presently, Deja is working on his own independent animated short films and is actively involved in his animation-related blog, Deja View. 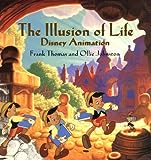 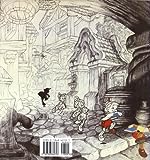 The Illusion Of Life: Disney Animation

Before
₱ 4,563.00
Pre-order Item
I confirm to purchase this pre-order item.
Other Choices
Return Policy
For more details please visit our page about Cancellations, Returns, and Refunds