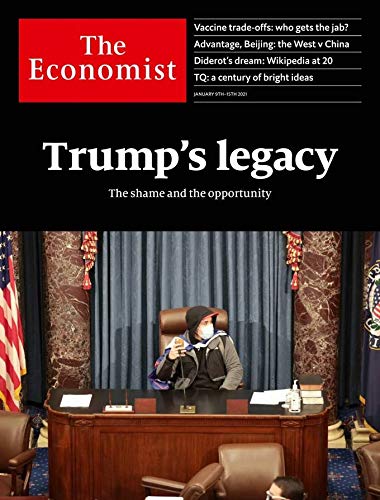 Product Description The Economist is the premier source for the analysis of world business and current affairs, providing authoritative insight and opinion on international news, world politics, business, finance, science and technology, as well as overviews of cultural trends and regular Special reports on industries and countries. Established in 1843 to campaign against the protectionist corn laws, The Economist remains, in the second half of its second century, true to the liberal principles of its founder. James Wilson, a hat maker from the small Scottish town of Hawick, believed in free trade, internationalism and minimum interference by government, especially in the affairs of the market. The Economist also takes a fiercely independent stance on social issues, from gay marriage to the legalisation of drugs, but its main service to its readers is as a global newspaper: To uncover new ideas from all around the world. Amazon.com Review Anyone wanting to stay up-to-date on the latest national and world news will find The Economist magazine invaluable. Each issue contains detailed articles to satisfy every interest, including topics such as current affairs, the latest political climate, business affairs, and economics. In addition, it frequently features articles in areas such as science or technology to provide those perspectives, and also includes country-specific information because the state of countries such as China directly impact the rest of the world. For readers who are interested in the latest news on art, entertainment, political, and world news, The Economist magazine also regularly includes book and movie reviews. Having such a well-rounded depth of content is one of the reasons it is one of the most popular current affairs magazines in circulation today. The Economist magazine is written in a concise manner to ensure that it provides the most detailed information available on each given subject in the limited amount of space provided. The magazine publishers know that their readers' time is valuable, and they want readers to be able to quickly get the information they need. If you pride yourself on always being aware of the latest in world news, economics, and politics, and you want one resource in which you can easily access current information on these subjects and more, The Economist magazine can provide you with everything you need. Or, if you know someone in the business world who needs to stay on top of current affairs to ensure professional success, The Economist magazine also can be a very useful gift.

Get Price
Pre-order Item
I confirm to purchase this pre-order item.
Other Choices

The Economist
Return Policy
For more details please visit our page about Cancellations, Returns, and Refunds