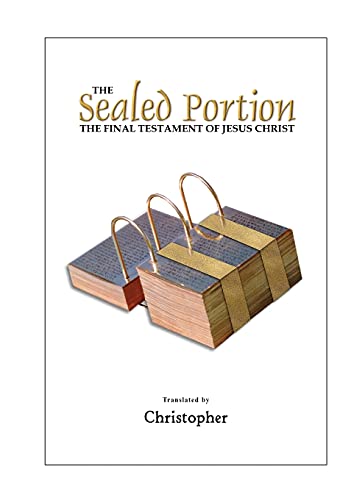 The Sealed Portion - The Final Testament of Jesus Christ

About The Sealed Portion - The Final Testament Of Jesus

The Sealed Portion-Another Testament of Jesus Christ is the second part of the Book of Mormon, which millions of people throughout the world accept as the word of God along with the Bible. Joseph Smith, Jr. (1830), the founder of the Mormon faith, claimed to have received gold plates from an angel of God named Moroni. When he received the plates, Smith relates that 2/3 of them were sealed. The angel Moroni commanded him not to break the seals, but to translate only the portion of the plates that was unsealed. It was prophesied that the sealed portion of the plates would one day be given to the people of the world. Using two stones called the Urim and Thummim, Joseph Smith translated the unsealed portion. Before returning the plates to the angel Moroni, Joseph showed them to several others. These men gave their personal testimony as witnesses to the existence of the plates and to the truthfulness of the Book of Mormon. Claiming to have received the same instructions to translate the sealed portion of the gold plates, an obscure man, once an active member of the LDS faith, who goes only by the name of Christopher, has published the remaining sealed portion. Though others have made similar claims before him, none has ever testified that he received the Urim and Thummim that was prepared by God to translate the plates, and none has made claim that he has received the exact same gold plates that were in Joseph Smith's possession-except for Christopher. This book is a result of that translation. The Sealed Portion-The Final Testament of Jesus Christ, written by Moroni, relates the vision seen by the Brother of Jared. Within the pages, the entire history of mankind is covered. It begins with the kingdom where the spirits of the children of men were first created, and continues through until the end of the millennium, when the earth will be restored to a state similar to the garden of Eden, and the planets will be prepared as the degrees of glory in the kingdom of God. The most accurate and precise account ever given of the life of Christ is contained within the pages, including his early years with his family, his youth, baptism, marriages, mission, and death. Moroni explains the atonement, the LDS temple endowment, and some of the hidden symbolism of the book of Revelation. He recounts the prophets Ubaid, Zarathustra, Antioch, Socrates, Sythipian, Mohammad, and Joseph Smith, Jr., among others. The histories of the Egyptians, Hittites, Babylonians, Romans, and Americans are also covered. Also given is the in-depth and beautiful description of Jesus' intercessory prayer among the Nephites and the Lamanites on the American continent. Along with the translation of the sealed portion, the first part of the gold plates that was translated by Joseph Smith, Jr. and subsequently lost by his scribe, Martin Harris, is also included in this extraordinary work. This part is known as the Book of Lehi (the lost 116-page manuscript). The full text of Joseph Smith's reported First Vision, in which he claims to have been visited by God the Father and Jesus Christ, is also included in the book. The reader is lead from blindness into the light as he or she discovers the truths written within these pages.

The Stick Of Joseph In The Hand Of Ephraim

Before
₱ 1,561.00
Pre-order Item
I confirm to purchase this pre-order item.
Other Choices
Return Policy
For more details please visit our page about Cancellations, Returns, and Refunds