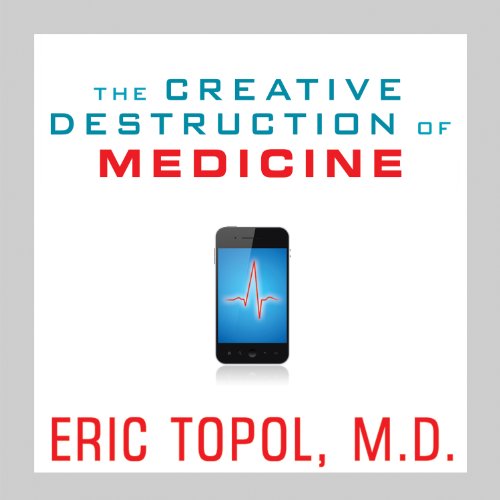 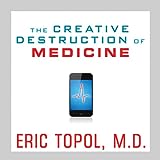 The Creative Destruction of Medicine: How the Digital Revolution Will Create Better Health Care

About The Creative Destruction Of Medicine: How The

Until very recently, if you were to ask most doctors, they would tell you there were only two kinds of medicine: the quack kind, and the evidence-based kind. The former is baseless, and the latter based on the best information human effort could buy, with carefully controlled double-blind trials, hundreds of patients, and clear indicators of success. Well, Eric Topol isn't most doctors, and he suggests you entertain the notion of a third kind of medicine, one that will make the evidence-based state-of-the-art stuff look scarcely better than an alchemist trying to animate a homunculus in a jar. It turns out that plenty of new medicines - although tested with what seem like large trials - actually end up revealing most of their problems only once they get out in the real world, with millions of people with all kinds of conditions mixing them with everything in the pharmacopeia. The unexpected interactions of drugs, patients, and diseases can be devastating. And the clear indicators of success often turn out to be minimal, often as small as one fewer person dying out of a hundred (or even a thousand), and often at exorbitant cost. How can we avoid these dangerous interactions and side-effects? How can we predict which person out of a hundred will be helped by a new drug, and which fatally harmed? And how can we avoid having to need costly drugs in the first place? It sure isn't by doing another 400-person trial. As Topol argues in The Creative Destruction of Medicine, it's by bringing the era of big data to the clinic, laboratory, and hospital, with wearable sensors, smartphone apps, and whole-genome scans providing the raw materials for a revolution. Combining all the data those tools can provide will give us a complete and continuously updated picture of every patient, changing everything from the treatment of disease, to the prolonging of health, to the development of new treatments. As revolutionary as the past 20 years in perso

Data Structures And Algorithms In Java

Before
₱ 2,039.00
Pre-order Item
I confirm to purchase this pre-order item.
Other Choices
Return Policy
For more details please visit our page about Cancellations, Returns, and Refunds