The Instek GOM-801H digital milliohm meter is a four-input, manual-ranging meter with seven test current/resistance ranges for precise, low-resistance measurements from 10 microohms (μ Ω) to 20 kilohms (kΩ) of switches, relays, test wires, cables, printed circuit boards, and other electrical components. Four input terminals enable Kelvin-type, four-wire resistance measurements, which are more accurate than two-wire resistance measurements. The meter's comparator function allows the user to enter settings for high and low thresholds, lights a high or low indicator when readings fall outside the settings, and triggers a buzzer and lights a go indicator when readings are within the settings. The meter has a 3-1/2-digit LED display and a power cord for connecting to 100/120/220/230V AC power. It comes with a set of test leads with Kelvin clips and instructions. Milliohm meters are commonly used for electrical maintenance and testing in industries such as heating, ventilation, and air conditioning (HVAC), transportation, telecommunications, power plants, and utilities, among others.This manual-ranging meter allows the user to select the operating range for measurements. Accuracy and resolution specifications vary according to the range being measured. It meets European Standard (EN) and International Electrotechnical Commission (IEC) safety standard 61010-1 and has European Conformity (CE) marking.Specifications Resistance measured10μΩ to 20kΩTest current/resistance ranges20mΩ/1A, 200mΩ/1A; 2Ω/0.1A, 20Ω/10mA; 200Ω/1mA, 2kΩ/100μA, 20kΩ/10μAStandards met European Standard (EN) and International Electrotechnical Commission (IEC) safety standard 61010-1; European Conformity (CE) markingPower supplyPower cord for 100/120/220/230V AC power Weight2kg Dimensions (H x W x D)95 x 280 x 230mm H is height, the vertical distance from lowest to highest point; W is width, the horizontal distance from left to right; D is depth, the horizontal distance from front to back. Ohmmeters measure resistance to the flow of current in an electrical component or circuit and check the continuity of an electrical circuit to detect electrical problems such as degraded insulation and improper circuit connections in equipment, wiring, and power supplies. Resistance is an indicator of the overall condition of the device being tested. Microohm meters and milliohm meters measure small resistance values, and megohm meters (also known as megaohm meters, or insulation resistance meters) measure large resistance values. Ohmmeters have an internal power supply, such as a battery or a capacitor, which supplies current to a circuit or component that is turned off. Test leads are connected in a series to the meter and the circuit or device being tested. As current flows through the circuit or device, the meter calculates the difference in voltage between the leads and measures the resistance. Ohmmeters have either two or four input terminals for test lead attachment. The two-terminal, or two-wire, measurement method provides measurements that include the resistance of the circuit or device being tested and the resistance of the test leads. Megohm meters generally use the two-wire method because it provides sufficient accuracy for measuring large values of resistance in insulation testing applications. The four-wire method eliminates resistance from the test leads and measures only the resistance of the circuit or device being tested. Milliohm and microohm meters generally use the four-wire method because it provides a greater degree of accuracy for measuring smaller values of resistance in low-resistance applications.GW Instek manufactures test and measurement equipment such as oscilloscopes, spectrum analyzers, signal testers, and video surveillance systems. The company, founded in 1975, is headquartered in Taipei, Taiwan.What's in the Box?Instek GOM-801H digital milliohm meterSet of test leads with Kelvin clipsInstructions 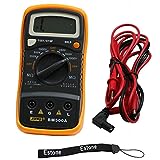 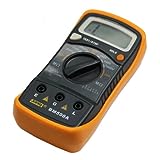 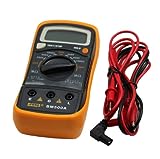 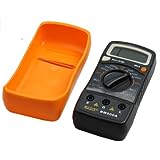 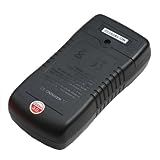 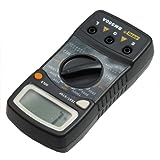 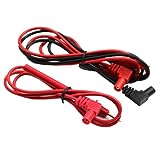 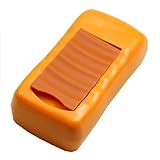 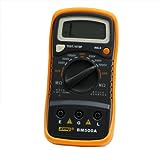 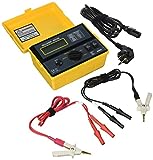 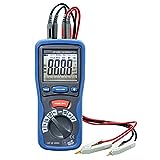 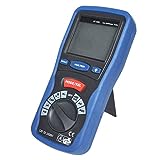 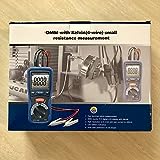 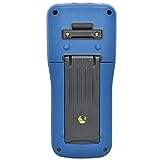 ₱ 10,651.00
Pre-order Item
I confirm to purchase this pre-order item.
Other Choices
Return Policy
For more details please visit our page about Cancellations, Returns, and Refunds