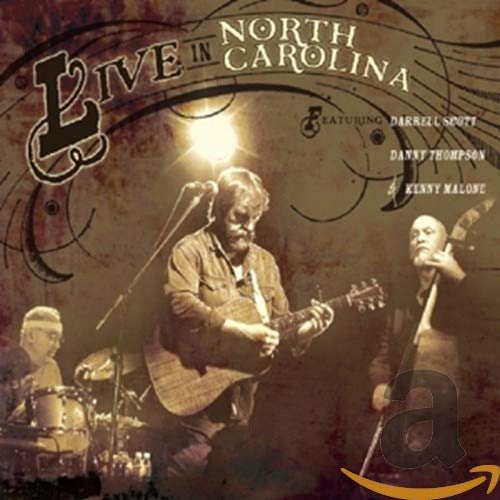 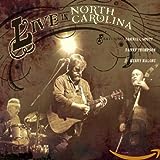 About Live In NC

Product Description Darrell Scott is one of Nashville's best singer-songwriters. Live in NC pairs Scott, a wizard of guitar and song, with Danny's bass and the syncopated, deeply grooved timekeeping of drummer Kenny Malone. Scott's extraordinary songs (plus a few tasty classics) unify and organize an intimate communion between the performers and the audience on this latest release. Contains over an hour of dynamic performances from two nights in North Carolina at Winston-Salem's Ziggy's & Cat's Cradle in Carrboro, NC. Full Light Records. 2005. Review ...Rarely have I heard a commercial recording with as wide dynamics or as detailed or articulated soundstage... -- Vintage Guitar, July 2005 ...astonishing vocal range, Scott goes from channeling Johnny Cash to bluesy to boisterous to high and lonesome... -- Acoustic Guitar, July 1, 2005 From the Label "Live in NC" pairs Scott, a stateside wizard of guitar and song, with Dannys bass and the syncopated, deeply grooved timekeeping of drummer Kenny Malone. Scott is a beautful writer, deeply informed by his native folk culture and musical druids. Hes a powerhouse singer, and whether by himself or, as here, with gifted collaborators, he can take both acoustic and electric guitar to dazzling, unexpected heights of flat-out jamming. Matching wits and intensity with Danny Thompson might intimidate some, but Scott proves here what those whove followed his rise through Americana and country songwriting already knowthat he toiled for years playing long hours in bars and on endless road swings, making the rent, finding himself, and honing the precision and passion you hear in his playing today. Kenny Malones vast experience on drums in Nashville studios, Dannys tone and articulation on the thundering bass, and Scotts extraordinary songs (plus a few tasty classics) unify and organize an intimate communion between performers and audience on this latest release. From the Artist Scotts long since proven that his songs deserve recognition. As a songwriter, hes contributed a string of hits that reads like a list of the best modern country music has to offer. Theres the Grammy Award winning "Long Time Gone" and "Heartbreak Town," both top hits for the Dixie Chicks. "Great Day to be Alive" helped Travis Tritt complete his comeback; "Born to Fly" was a No. 1 hit for Sara Evans, while "Family Tree" was successful for Darryl Worley and "When No Ones Around" extended Garth Brooks run. "Youll Never Leave Harlan Alive" was cut in the same year by both Patty Loveless and Brad Paisley. In 2004, Scott had songs recorded by Tim McGraw, Keb Mo, Mountain Heart, Julie Roberts, Kathy Mattea, Andy Griggs, Faith Hill, and others. In all, Scott has had more than 45 cuts by other artists. About the Artist Darrell Scott is a songwriter, an in-demand instrumentalist and an acclaimed performer and recording artist - all achievements earned while burning his own path instead of playing by the accepted rules of the music industry. His success, to him, means hes right to follow his own artistic instincts. "It has given me more confidence to do whats in my heart," Scott explains. "I know the source of the songs that have been successful. That tells me that this is what Im supposed to be doing. Im still making music for musical reasons, not for business reasons. I think Im in the right place." "When push comes to shove," he says, "Id rather be known as a wildly creative guy than a wildly successful businessman or a songwriter who knew how to write a good hook. It would worry me if I was like that. What am I going to do with my success?" And why not? After all, he points out, his path to this spot has been anything but conventional. 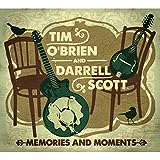